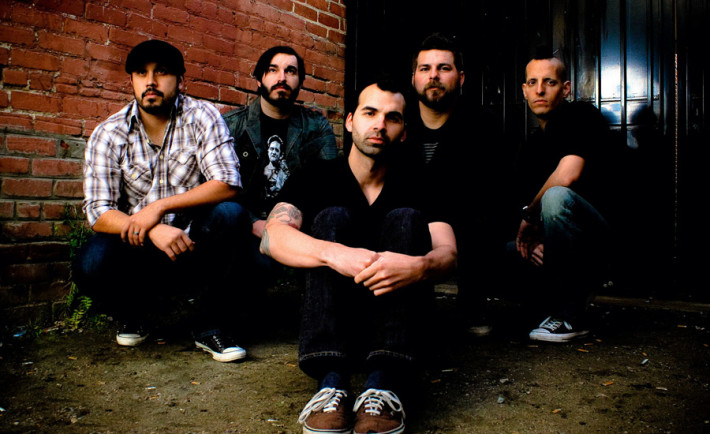 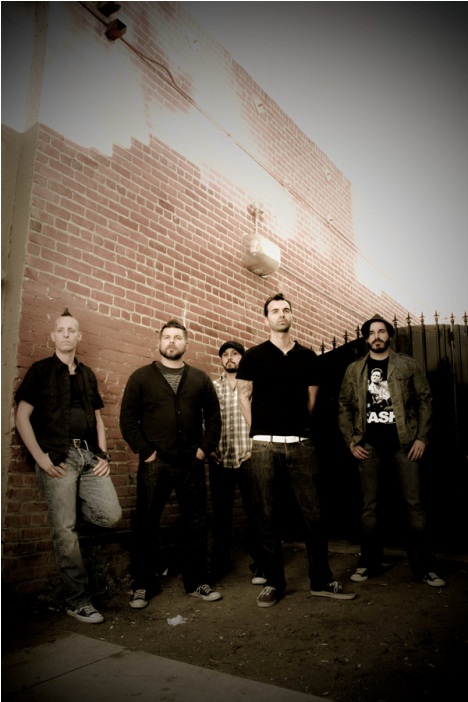 Fresh off last year’s Warped Tour, Disalto just released their second full-length album One Beacon In The Strand. The band, whose name means “by leaps” in Italian, blends influences like A Perfect Circle, Switchfoot, Smashing Pumpkins, At the Drive-In and Radiohead to produce a punk/emo/early nineties alternative rock sound.

The members of the band each hold their own and work hard to complement each other. This is not a band that is competing with one another to steal the spotlight.

Dana Cordero’s vocals are unobstructed and come across clear and with conviction, taking some influence from Tim McIlrath’s younger self, no doubt. Even when he soars into a falsetto, he does so powerfully avoiding the whiny thinner sound that less experienced vocalists put forth.

David Friedman and Carlos Flores have a great balance on guitar. They contribute varied guitar riffs, allowing all of the songs on One Beacon In The Strand to have their own identity. Still, their aggressive style and balanced approach keeps everything tied together, so that their sound is cohesive and compelling.

The rhythm section also has its share of strengths. Oren Halmut’s progressive drumming and experienced restraint, gives the band a varied backdrop. He is able to provide a benign accompaniment, or a roaring propulsive force and best of all, he knows which one is appropriate at what time. Same goes for Joe Friedman on bass. When his basslines accompany a vicious drumming sequence, the result is loaded and full.

Still, the silent artist on the album is their accomplished mixer Mike Major (At the Drive-In, Coheed & Cambria, Sparta). If anyone is responsible for making sure that every little nuance the band puts forth is given proper attention, it’s Mike, and he does a fantastic job on the production. He keeps the varied parts from bleeding together and sounding amateurish. The distinct elements and lush soundscape, truly make Disalto stand out from other bands. They have the talent to put together a distinguishing sound and have the wits to know that is takes a professional to capture it.

As a whole, the band is adept at working together to blend aggression with serenity. They move back and forth between the two, at times holding back the aggression in their songs to clear a path for the vocals . At other times, the band will launch an all-out assault on the listener, with the vocals leading the way, yet yielding to everything else. The overall ebb and flow, is an integral part of Disalto’s style, and is responsible for keeping their sound interesting, especially since they do it so well.

I would really recommend giving them a listen. Check them out here or on Facebook.