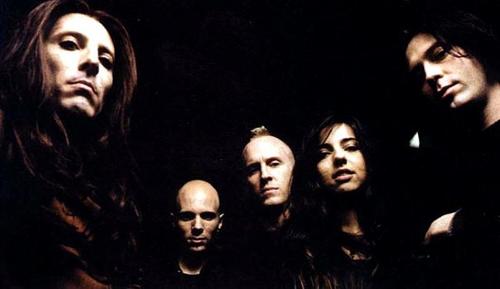 The band’s self imposed hiatus has finally come to an end proving the rumors scattered at the beginning of the summer that had A Perfect Circle back together ‘very soon’, as well as a new album. The new album part, although a sweet dream, is pretty unlikely to happen, but the reunion part is very much a reality, since it has been officially announced just recently that Maynard and Howardel will reboot the APC project with a five-city west coast tour this fall. Shows in Phoenix (Marquee Theatre), Los Angeles (Avalon), Seattle (Showbox at The Market) and San Francisco (The Fillmore) will be three-night stops, with each night featuring one of A PERFECT CIRCLE’s three albums (“Mer de Noms”, “Thirteenth Step” and “eMOTIVe”) in its entirety, while Las Vegas (The Pearl) will be a two-night outing (“Mer de Noms” and “Thirteenth Step”). Exact dates have yet to be published, but stay tuned for further info.

As a reminder, don’t forget to tune in to Jimmy Kimmel Live! on October 27th when A Perfect Circle is scheduled to play there live.

Maynard, what about Tool, uh?!