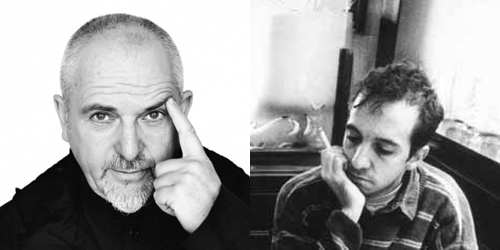 Last year the legendary former Genesis lead-vocalist, Peter Gabriel, released a very interesting cover album titled “Scratch My Back“, recorded at Air Lyndhurst and Real World Studios during the same year, consisting of Gabriel covering twelve songs by various artists, using orchestra and voice rather than normal rock instruments. The album will get released on  February 15 via Virgin and will feature Peter Gabriel sing his version of songs by artists like Arcade Fire, Radiohead, Bon Iver, Neil Young, David Bowie, and others. After that, Gabriel plans to release “I’ll Scratch Yours“, an album of the artists Gabriel covered on “Scratch My Back” taking on Gabriel’s own catalog.

As of today, you can now hear the first song off the new “Scratch My Back” project, namely Stephin Merritt’s take on Peter Gabriel’s “Not One of Us” from his 1980’s self-titled record, as a response to the later’s cover of The Magnetic Fields’  “The Book of Love”. Check out the song streaming on Peter Gabriel’s website, along with Merritt’s ever present smart alec commentaries.

“Peter’s version of ‘Not One Of Us’ showcases his singing voice , whereas my version showcases this evil dwarf choir…my version sounds very 1981 and his sounds futuristic.”