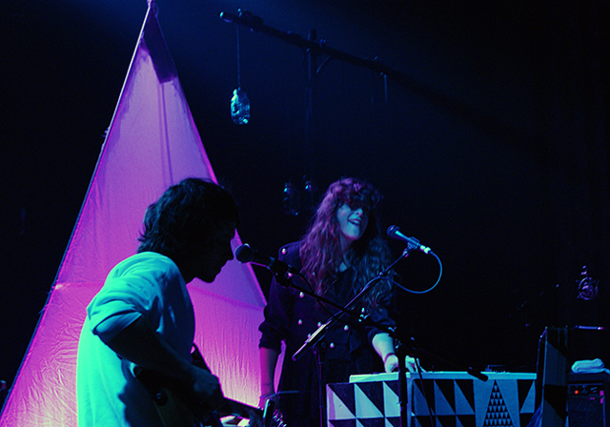 Having toured extensively in 2009 and 2010 alongside Cat Power and Grizzly Bear in support of their latest album, the hypnotic “Teen Dream” released earlier this year, the dream pop duo of Beach House have proven gig after gig they’re just as remarkable and out worldly live as in the studio. Yesterday, the band released a brand new live EP called the iTunes Session EP recorded as a three piece which shows some solid reworks of five tracks off their back catalog, as well as a new Beach House song, titled “White Moon“. The six track EP can be purchased for $4,99 over at iTunes, while White Moon is available for streaming below. [photo courtesy of Music Snitch]