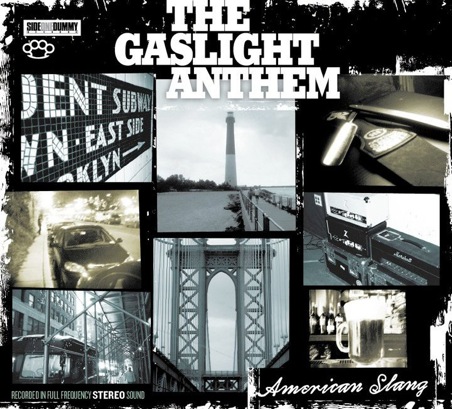 So the Jersey punks – who put out the best album of 2008, the title track of which I gushed about last November – have put the title track from their forthcoming album, American Slang, up on their MySpace site. It’s the next logical step in the band’s sonic evolution. That is, they retain the punk style of Sink of Swim and the ’70s soul-tempered nature of The ’59 Sound while adding a dash of arena rock guitar melody. If the song’s an indication of the new record, then Slang should be as good, if not better, then Sound.

American Slang is due out June 15 on OneSideDummy.