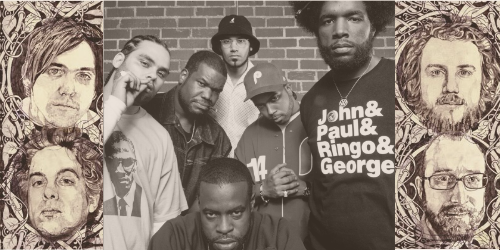 Q: What did Scott Adams name the ill-advised cyborg character in his persistent comic strip, Dilbert?

Ha Ha Ha Ha! That’s a pretty good joke, no? Still, that’s not nearly as good as this thing: a Roots-remixed version of Monsters of Folk’s prettiful ode to fairy tales, “Dear God”. Imaginatively titled “Dear God 2.0”, it’ll be appearing on The Roots’ new album How I Got Over, released on June 22. Also, it seems that the hulking behemoths of folk themselves, Messrs James, Ward Mogis and Oberst, contributed in some arbitrary manner to this carefully rapped repackaging of the song, so hurrah for working together and the greater good and all that noise. I’d wave some sort of cheerful banner if humanity wasn’t doomed to extinction anyway. Second law, and all that. Anyway.

Should you, for some unknowable reason, desire to express your enchantment and tearful joy regarding this item in the form of a clenching embrace, point your inviting arms in the direction of our terrifyingly efficient Hipster Chums over at the Hipster Chum Factory we lovingly named Pitchfork.