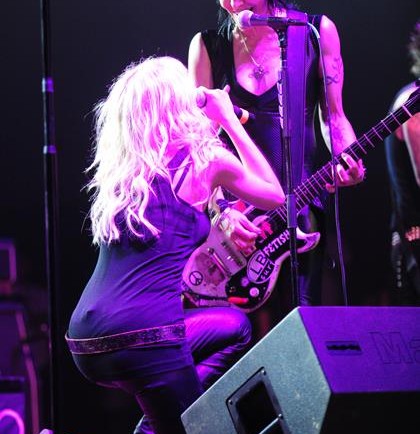 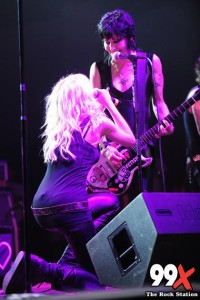 At the 99X 20th Birthday Bash in Shreveport from last night, The Pretty Reckless‘ frontwoman Taylor Momsen joined the female rock icon Joan Jett on stage in order to perform one of Joan‘s well known songs, I Hate Myself For Loving You.

This is actually not the first time these two awesome artists perform together on stage.  Last month Taylor and Joan performed the same song at the Revolver Golden Gods Awards. You can check out the video at the bottom of the page.

Also you might want to know that The Pretty Reckless is on a North American and European tour. If you want to check these guys out life find more about tour dates and tickets here.

Below is the last night’s performance at the 99X 20th Birthday Bash. Enjoy it!

Also don’t forget to check out the last month’s performance at the Revolver Golden Gods Awards!