The most awaited alternative metal album of the year was finally released worldwide. You can also check out the album on iTunes. Below is the album’s tracklist:

The band also released videos for two of the songs from this album, first one is for Going To Hell and the other one for Heaven Knows, both videos being very appreciated reaching 4 and respectively 3 million views on youtube.

It seems that we don’t have to wait very long for the next album, according to the band’s singer, Taylor Momsen:

I have more than another record’s material written! I’m always writing, and I have half the new record done. Nothing is record, but it’s all in my head.

Also some of you might know the fact that The Pretty Reckless reached no.1 in the US Rock and Metal singles charts. Find more about it here. 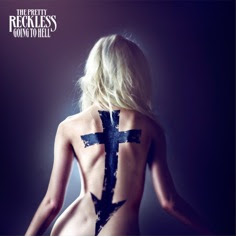 Also check out the album in full below! Enjoy and tell me what do you guys think about it!