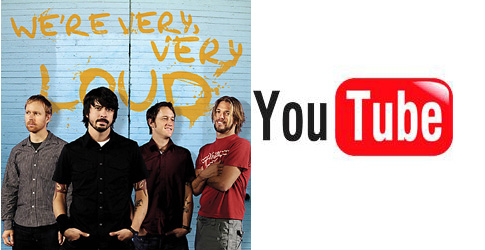 The 50th edition of the famous Grammy Awards is just one month away and for the their performance, the alt-powerhouse of [tag]Foo Fighters[/tag] have something special in mind. Meaning they’ve partnered with YouTube  to launch a fan contes in which contenders will have to upload a 60 second video that consists of them covering The Pretender with orchestral instruments. That means no guitar, no bass, no drums just string, woodwind and brass players are invited to join. Submissions end on January 20.
Afterwards, 45 quarter finalists will be determined by a Grammy judging panel, with the public selecting the semi-finalists who will perform with the Foo Fighters as part of an orchestra. The winner will then fly with the band to LA, where the Grammy Awards will take place on February 10. The band has re-written the song, so that it now matches the extra orchestral instruments and I think it’ll be a little more gentle.