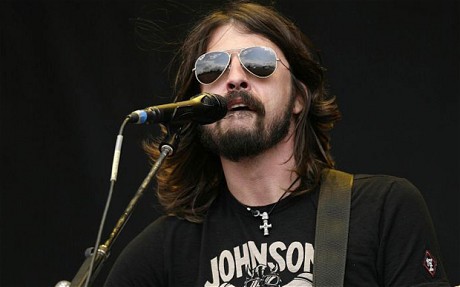 The new Foo Fighters album has finally been labeled with a release month: November. Apparently, this album would be a turning point, marking the evolution of the Foos as a band and showing us where they are now:

“Like, I couldn’t just write a three-and-a-half-minute long KROQ jingle and film it for the finale of an episode about the history of music in New Orleans, ya know? We really had to step up what we do. The music is a progression or an evolution for sure, but it’s a Foo Fighters record.”

Interestingly enough, Dave Grohl is filled with creativity, and he’s already thinking about the next album. But let’s jut focus on this one.

So, what should we expect for this new album? Classic Foos… and more!

“We’re doing things that we’ve never done before,” Grohl stated yet again. “And I want to say that it’s only eight songs but I think it might be our longest record because, as I was writing these songs, I had to take a cinematic approach.

So, what was that about another new album? Dave Grohl said he has a “f–king crazy” idea for the album after this one:

“I already know what we’re doing for the next Foo Fighters record and that’s even f–king crazier. I came up with this idea a month and a half ago. The guys were, like, ‘Dude, we have to finish this first.’ I know, f–k!”

Can’t wait for it Dave… but finish this one first!