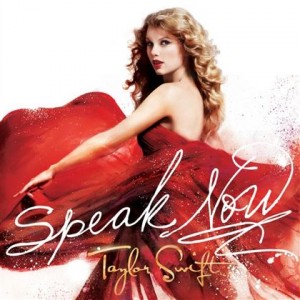 Holy shit. Swift’s latest offering, Speak Now,  has done what only two albums in the last five years have done and only a dozen previously in history have achieved: gone platinum in one week’s time.

She just beat out Tha Carter III with 1.047M for best first-week since 50 Cent’s The Massacre moved 1.141M back in 2005. Considering the era in which Speak is being released, it’s an impressive number  – to say nothing, of course, about selling one million copies of any album in any era.

I guess it shouldn’t be that big of a surprise given just her popularity on Youtube. It’s not the most accurate barometer of record sales, granted, but look at these numbers for some of her music videos (as of this writing):

She’s mastered the pop song at 19, I’m giving you that. Now, can we discuss the fact that she kinda sorta can’t sing?