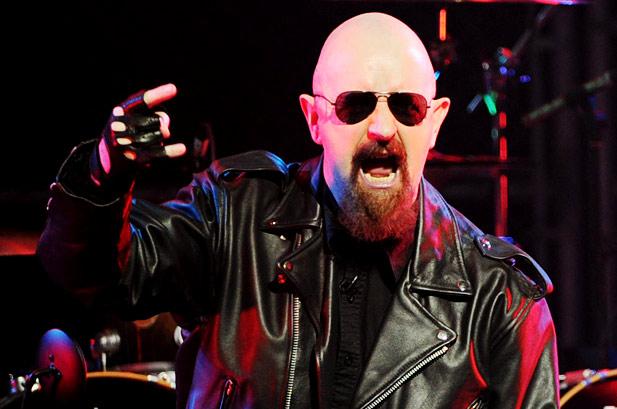 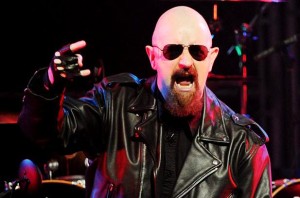 Last night at the party for Ronnie James Dio Tribute Concert and Awards Gala , Rob Halford was presented with the Man On The Silver Mountain award. Also last night in an interview for Artisan News, the artist revealed the fact that Judas Priest finished working on their upcoming new album:

The record is finished; it’s absolutely finished as of today.It’s a relief. It’s a relief because whenever PRIEST makes an album, like any band, you put your heart and soul into it; it is that typical ‘blood, sweat and tears.’ It’s not an easy thing to do 40 years later. But PRIEST has always been up for the challenge of that, and it’s one of things that we love to do more than anything else as we move on through our metal years. So this is a great time for PRIEST: 40th anniversary, a brand new record. Life couldn’t be better.

Although we are not sure what to expect from this new album, in an interview for Billboard, Rob said that the album is going to be:

hard. It’s heavy. It’s something we think our PRIEST fans will be thrilled with. We know we have a reputation to maintain, and we know we have to deliver something really strong and solid. The album is going to be full of all the great things you love about JUDAS PRIEST — I don’t think I can say anything more than that without being hung, drawn and quartered.

Check out the interview from last night below!