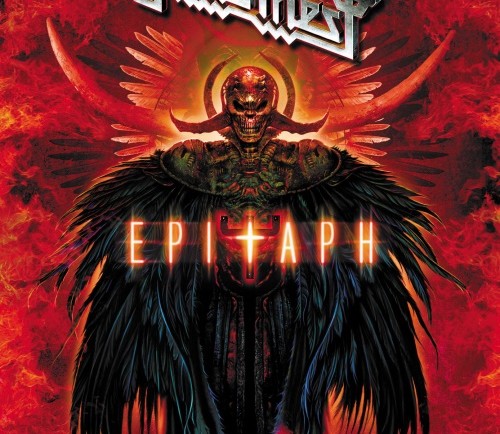 Metal legends and pioneers Judas Priest have recently released a cover and a date for the release of their latest album. 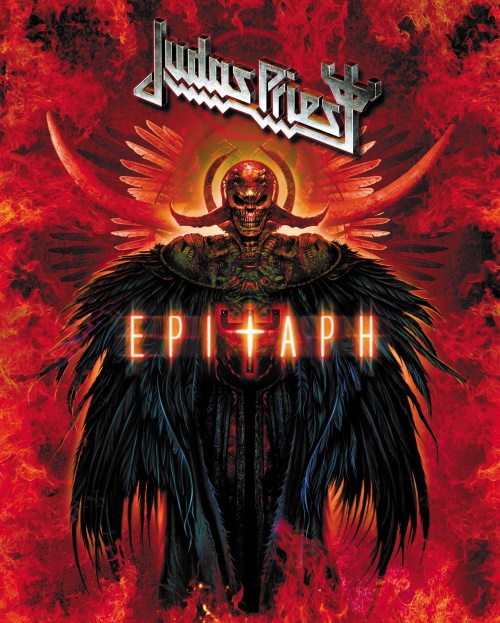 “Epitaph” will mark 40 years of “heavy metal dominance” with a total of 23 live tracks recorded on the closing night of the group’s latest and final world tour. Yes, that’s probably the last time Judas Priest ever went live.

The album will feature at least one track from each of their 14 classic releases from 1974 to 2008:

“Heavy metal historians will regard ‘Epitaph‘ as the most far-reaching live concert recording in the band’s career. The set revisits the climactic closing date of the 50-week “Epitaph World Tour,” captured live at London’s HMV Hammersmith Apollo on May 26, 2012. Adding to the drama is the fact that this was Judas Priest’s final large-scale world tour ever. Epitaph’s 23 tracks represent at least one song from every one of the band’s 14 studio albums, from 1974’s “Rocka Rolla” (“Never Satisfied”) to 2008’s “Nostradamus” (“Prophecy”),” says the announcement on the band’s official website.

Track listing is as follows: