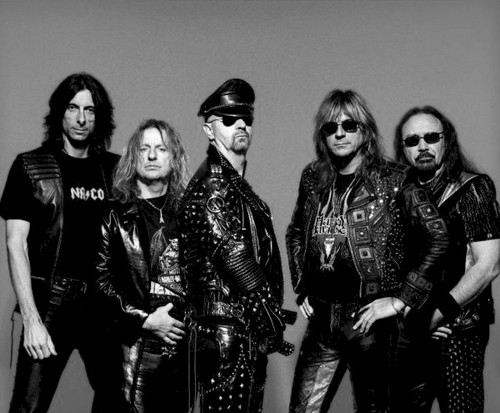 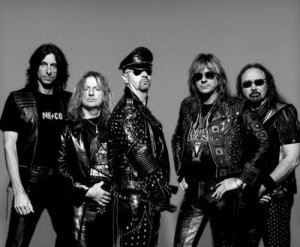 The legendary heavy metal band decided to share their upcoming most awaited album, Redeemer Of Souls, in full. The album, which contains 13 tracks is set to be released on July 8 this year and is available for streaming on iTunes.
Check out the album’s tracklist below:

1.Dragonaut
2.Redeemer of Souls
3.Halls of Valhalla
4.Sword of Damocles
5.March of the Damned
6.Down in Flames
7.Hell & Back
8.Cold Blooded
9.Metalizer
10.Crossfire
11.Secrets of the Dead
12.Battle Cry
13.Beginning of the End

Speaking about the album, the band’s guitarist, Glenn Tipton said that this album won’t be an album of experimentation:

Sometimes in the past we may have come under fire for being too adventurous musically – so we have listened,” he said. “From start to finish, ‘Redeemer of Souls’ is 18 songs of pure classic Priest metal.

I have to say that these area really great news, I think that every Judas Priest fan, loves the band for their pure iconic heavy metal sound.
You might be asking, what happend to 5 of those 18 songs that Glenn is talking about, well, it seems that those are only for the fans that purchase the deluxe version of the album, according to the guitarist:

They are all great songs. The reason they are not on the album is because the 13 that we chose are very consistent with what we wanted to do, which was release an undisputable heavy metal album. The others, they are not lightweight by any chance, but they’ve got a different feel, a different texture […] so it’s not a case of trying to rip the kids off and trying to get more money for an extra album, it’s just a case of, these five tracks seem to deserve to go on their own CD, and that’s what we did. 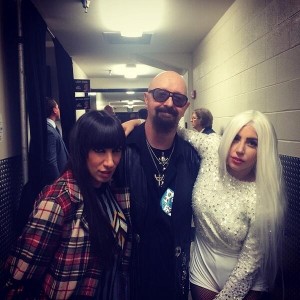 Recently Rob Halford expressed his thoughts about a collaboration between him and Lady Gaga. I don’t know if this has something to do with age, but he actually confirms in an interview for HuffPost Canada a little bit of his plans with the pop artist:

We didn’t really have much time to talk. She’s busy. I’m busy, but we’ve agreed to get together at some point and just hang out and maybe do something. I don’t know if that will ever happen, but I love her to death.

I’ve been a huge fan of Gaga since she first burst on the scene. I just love everything that lady represents. First and foremost, her voice is extraordinary.
I love her voice. She’s an accomplished musician, she plays piano really well, she’s just a great songwriter. And she’s a beacon of hope for a lot of people in the world.

I don’t know what to say about this collaboration, but I surely know that it will be the event of the year if this ever happens. What do you guys think?

Enjoy the single Redeemer of Souls below!