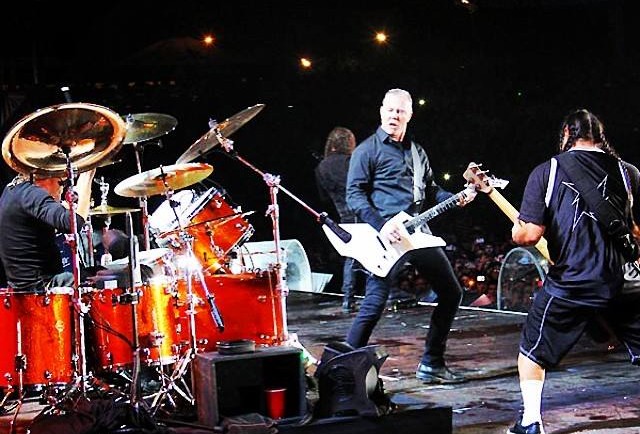 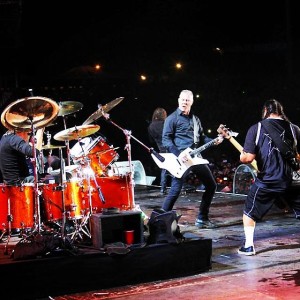 Playing the Lord of Summer, in Bogota Source

Metallica revealed a new song, titled The Lords of Summer, at their last night performance in Bogota, Colombia. The playlist, was actually selected by fans as part of the Metallica by Request Tour, contained some of their most famous songs like:  Blackened, Master of Puppets, Welcome Home (Sanitarium), Fuel, The Unforgiven, The Lords of Summer, …And Justice for All, Sad But True, Fade to Black, Orion, One, For Whom the Bell Tolls, Battery, Nothing Else Matters, Enter Sandman, Creeping Death, Ride the Lightning, and Seek & Destroy. 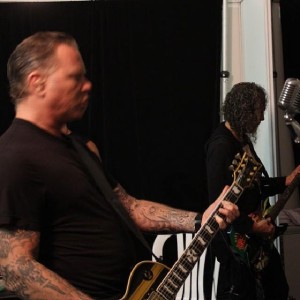 Jamming out the new song Source

You also might want to know that even though this is the first material released after the band’s Death Magnetic released in 2008, this won’t be the only one. Asked if the new upcoming Metallica album will be released in 2015, Kirk’s reaction was: I’m fucking up for it, man! 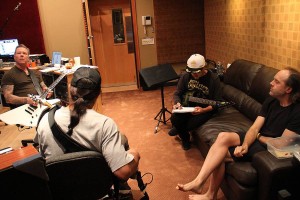 The band working on the new song Source

If you want to listen to this song live, check out the tour dates list on the band’s official website. Also even if the polls closed, and you can not vote for you’re favorite Metallica song to be played by the band on the tour, there might still be a chance to request a song during the show.

A huge thanks to all of you who voted to choose the set lists for each of the eight shows in South America this month. The polls may be closed for voting on the South American shows, however, we’re not done yet!! If you’re heading to any of those upcoming shows, keep your eyes peeled at the venue for info about how you can make one more choice… during the show!!

Check out below the new song!