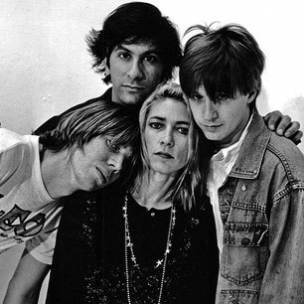 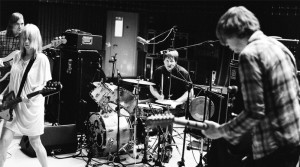 Live on From The Basement.

I wish I could tell you otherwise… but sadly, oh glorious Internet patron and Sonic Youth lover, the title did not lead your eyes astray; this last October, Thurston Moore and Kim Gordon, two of the main minds behind Sonic Youth, have filed for a divorce after 27 years of marriage, putting the future of Sonic Youth itself in an ominous fog.

There is not much to report on this subject, seeing as the future is and will remain a giant speculative grey area until it becomes the present and, ultimately, the past. It has already been made known that the pair have decided to part…but, what of their once beloved band?

While looking on the calendar portion of the Sonics’ website, I desperately searched for the light blue square on the side of the date notice, which indicated that the specified date was, in fact, a Sonic day… but all of the blue seemed to belong to dates gone past. The line cuts off at Nov. 14, giving way to a line of shows for Thurston and/or Lee Ranaldo alone. Apparently, due to Moore and Gordon’s split, the dates may never be set; the tour may never pick up. The Sonic Youth may be lost in that sea of classic diamonds, in which they will be immortal, but written off as inactive and, well…classic. A thing to be remembered, not anticipated…and everything about them will shift to the past-tense.

At first, I sincerely hoped that the band would pull a White Stripes (if you will) and hold together after the divorce, thriving and feeding off of the adversity and creating some kind of tacit bond stronger than marriage, but, then, my shock subsided…and I began to think.

For a band riding the crest of the Noise Rock wave of New York in the late 70s and early 80s…or for any band, for that matter…their run has been that of dreams. Sixteen studio albums, thousands upon thousands upon thousands of die-hard fans, nearly thirty years of activity, and a high spot on most newer post-punk/alternative/indie groups’ (i.e. the Yeah Yeah Yeahs and the Kills) influence lists are left in the Sonics’ wake, should it all come to an end… Everything does, eventually. Sure, we’d all like a chance to see Thurston Moore hash out the awe-inspiring lyrics to “The Diamond Sea” or Kim Gordon and the gang to lead into “Teenage Riot“, but… how long could they really go on  like this? Is it not selfish to demand everything from them…every drop of sweat from their pores, every word from their lips, for the rest of their lives? Art is something that cannot be rehashed or rehearsed or regurgitated; it is spontaneous. Sonic Youth will never be overdone  because they will not let themselves be…and, for that, I am willing to (reluctantly) overlook their possible cessation of live shows…what they once lived for and what they do excel in.

For the record, I could be completely wrong; Moore and Gordon could just be taking some time off to allow the weight of things to balance out before touring together again, but I am not sure… No one is sure.

Should they announce another tour, I will be one of the first to go after tickets… I’ll tell you that.

Art is forever; the beings that create it aren’t…as unfortunate as that may sound. 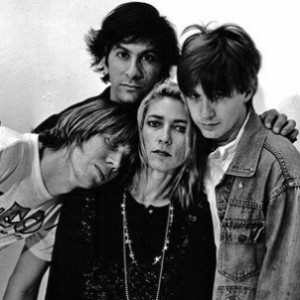