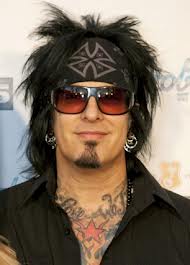 After controversies and hints aimed at a farewell tour, Nikki Sixx recently went on to discuss further details regarding the whole situation around Motley Crue; so far, one thing’s for certain: the band is on borrowed time.

“I wanna finish our movie [adaptation of Motley Crue’s New York Times bestselling collaborative autobiography ‘The Dirt: Confessions Of The World’s Most Notorious Rock Band’] and put out a new album. We’ll be back in Australia and, ah, that’ll be it. I can honorably say, ‘We did it our way and we’re never coming back,'” Sixx explains

So really, is this it for the glamiest metal band in the business? Apparently yes. After finishing these projects (which in all fairness, is quite a lot), it’s all done? No tricky tricks, no nothing, really? If we can take the word of Nikki Six, the answer is definitely yes.

“It’s important that when you do a farewell tour that people understand that when you put a bullet in the back of the horse’s head, and it goes down, it’s not a plastic bullet it’s a f–ing shotgun blast. You know, blow its f–ing brains out, it’s never coming back. It has to [be that way]. It’s the only way I can look at myself in the mirror and do a farewell tour. That’s it. So when we take our final bow, it’s IT. I will cry. I cry thinking about it.”

Sixx then went on to talk about the importance of the band in his life – more important than family, he says.

“I love this band. I f–ing spent my life doing this band. I’ve been doing this band longer than I’ve been doing anything else. And I’ve been in this band longer than I’ve known any woman, longer than I’ve known my children – only my family, and I have a closer relationship with my band than I have with my family, and a rockier relationship with my band than I’ve had with anybody in my family as well. So it’s very emotional and I just think it’s important that we finish what we started and then, you know, it will be whatever it will be. It could be beautiful. It could be a beautiful ending! When you go and see a great movie – I’ll leave you with this: when you go and see a great f–ing movie and it ends and you go, ‘F–!’ like, you walk out and you go, ‘That was amazing! That blew my mind!’ It’s not like, ‘That blew my mind and, um, maybe there’ll be a sequel to it’.”

Do you think they’re making a right decision? I mean, if they’re all so important for each other, why are they splitting up in the first place? If you had the chance, what would you say to them?

PS: my browser crashed 2 times trying to upload a picture of Nikki Six – don’t really know what to make of this…