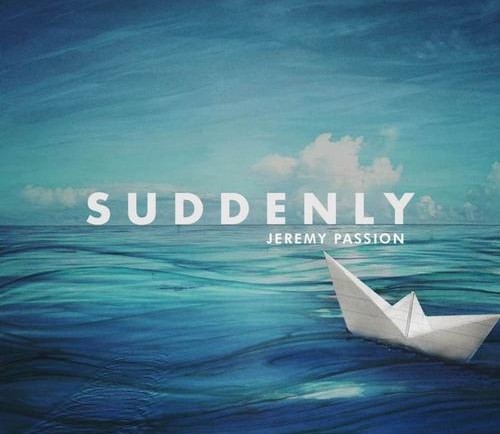 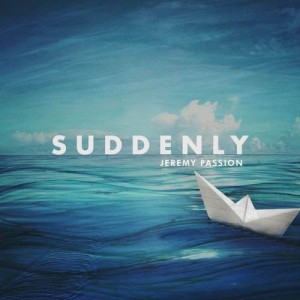 Advice for new writers at ZME is simple: “write whatever fuels you. write your passion. write with heart.”  For almost 7 years, I’ve been fueled by the YouTube videos on The Little Channel That Could. As a new writer at ZMEMusic, I took that advice quite seriously. This is my chance to share with the world the music I’ve been sharing with friends, family, and anyone who happens across me on GChat. This is my chance to share Passion (born, Jeremy Manongdo), a San Francisco native, self-described R&B/Soul singer, and master of the heart-filled writing and, more importantly, singing, that fuels me as a music lover. Whether singing his original words or doing a Reload Sessions mash-up of “Are You That Somebody/Somebody That I Used to Know,” Passion has the tone of voice that makes every “ooh” crooned or ad-lib sung feel like the only things your ears were made to hear. If I didn’t have more to say, I’d just stop here and post my favorite videos of his, to let you hear for yourselves.

A friend of mine and I still argue over who introduced the other to Passion. All I know is a lot of time during freshman year that I should have spent studying chemistry, I spent on YouTube instead, listening to Passion and his friends sing Boyz II Men, Usher, and Ne-Yo covers. Back in those college years, I felt like Nicholas Cage in National Treasure, except my Declaration of Independence map was Passion’s YouTube account, created in June 2006.  The channel’s views exploded after Passion posted his original song, the slow-tempo acoustic track, Lemonade. There’s a feeling I get when I listen to a song like this- it stills me, and “sometimes I stop to close my eyes” to temporarily blind myself and heighten my hearing senses,  because I don’t want to miss a single note. It was this song that created a bigger following for Passion, and his fan base now spans the globe, thanks to the opportunity YouTube affords to musicians of the 21st century. Though his fame may not be network-newsworthy quite yet, he and his guitar have graced stages from the Valley to Vienna . Passion gives followers of his channel a glimpse into the small circles in which independent musicians run, and because he so often shares the stage (or screen) with these other talents, the creative process feels accessible to us all.

Passion has been quite busy over the past two years. In 2011, he launched a Kickstarter campaign to raise funds to complete his first full-length album, For More Than a Feeling, released in sync with the 6-track EP, Pixelated.  Both are now available on Spotify and iTunes. If you’re looking for a quick recap of his growth as an artist, listening to the EP and the LP (in that order) would be a nice place to start. Most of Pixelated is dedicated to his then-current long-distance girlfriend. The highlight is the final track, “As Long As You Wait For Me.” Accompanied only by his guitar, Passion sings a plea to  his European love, and the track is a nice demonstration of his signature style: simple arrangement, matter-of-fact lyrics, and R&B-esque runs. On For More Than A Feeling, Passion shows off how much he’s grown as a writer and producer. Feeling is  a better glimpse at how versatile he is vocally, and in selecting musical genres to enhance his own style. The themes stay the same though-  Passion’s career motto is “Music with a messgae”, and risky or unpopular as it may be, he is never hesitant to recognize his belief in Christ in his YouTube videos and on Twitter. Similarly, Passion starts off the LP giving glory to God, with the gospel song, “Greater is He”. He also has a track on the album dedicated to his mother and one for his brother, along with the usual love songs.  Passion’s portrayed boy-next-door persona seems genuine, and is not self-righteous. His lyrics and personality are honest, multidimensional, and believable, perhaps because we fans have grown up with him and the bright lime green wall in his recording space at home. What I love about the LP are the numerous influences Passion introduces to amplify his more simplistic R&B and soul style, though none feel overtly forced or trendy. The Latin-influenced guitars and congos on “Trace” and “32” flow seamlessly into the classic R&B bass and synth-heavy, “Survive.” This track is a highlight for those of us who grew up on early 2000’s R&B. Passion is an 80’s baby, and it’s obvious that he was replaying Marques Houston’s “Circle” and Ray J’s “One Wish” just as much as the rest of us.

In June of this year, Passion released his latest single, Suddenly. This track’s composition is a big departure from his R&B/Soul pattern, but it’s a welcome departure. “Suddenly” is easily Passion’s most cohesive and complex song, sonically, and most sophisticated, lyrically. It feels mature and because I’ve taken the journey with him, it feels triumphant. I’m proud and even more enamored as a fan. I’ll leave the rest to you to discover, but there’s something for everyone here, if you’re not looking for a factory feel in your music. There’s nothing wrong with the Rihannas or Mileys Cyrus of the world. But, I prefer less label influence sometimes- I believe Kanye said it best: “you gotta love it though, somebody still speaks from his soul.”

This post is as much an introduction to Passion’s talent as it is to me as a new ZME writer. I was careful about selecting the first artist to profile because I know it speaks a lot about what I love and look for in finding a great artist. Anyone on my “Great Artist” list provides me with a place of refuge when I press play. I close my eyes and sing or rap along at the top of my lungs. There may be a lot of things you could call it, but I would choose to call that passion.

Celeste is a Florida girl, now working and playing in Washington, DC. She enjoys Bid Whist, writing poems, trying new beers, and is likely the only black woman still rooting for Kanye West.

View all articles by celesteaurora