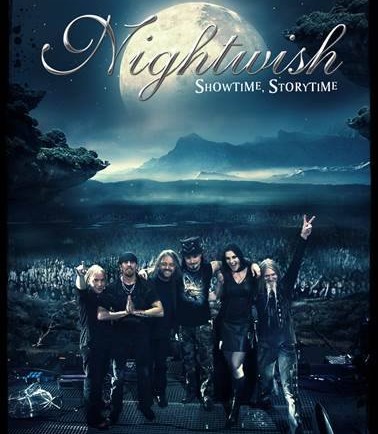 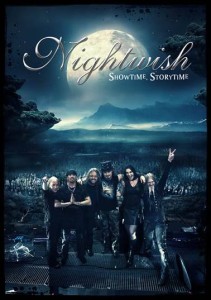 Tuomas Holopainen, the band’s keyboardist, decided to talk about the new official members of the Nightwish band, in a new trailer for their upcoming DVD, Showtime, Storytime.

I think that everybody is already familiar with the fact that Floor Jansen, former After Forever’s lead singer, is now the official Nightwish lead singer, replacing  Anette Olzon, which replaced the opera singer Tarja Turunen. I think this band is famous for replacing band members all the time. I am happy for their decision, mainly because I used to like very much After Forever, and of course, because Floor sings a lot better than Anette (I am sorry for the Anette fans, but I used to listen to Nightwish since they first released Angels Fall First, and it was really hard to get used to Anette‘s voice).

The other new member, Troy Donockley is going to play  the  uilleann pipes and  low whistles but he is also to be one of the band’s vocals. Troy used to collaborate with the band  for Dark Passion Play, Imaginaerum and of course, Showtime, Story.

This doesn’t mean ReVamp stops existing however! It cannot be a full time band, but a band for sure that can still make albums and play shows. This with its own, typical super heavy and dark music, that I am so fond and proud of.
So there will be a bright future for ReVamp.
I welcome you to celebrate this future at one of our shows!

Showtime, Storytime is a DVD which contains the band’s live performance at the Wacken Open Air festival from 2013, and it is the first production to feature Floor as vocals, and is set to be released on November 29 this year.

Check out below the 2nd official trailer of the DVD with Tuomas announcing the new band members. Enjoy!