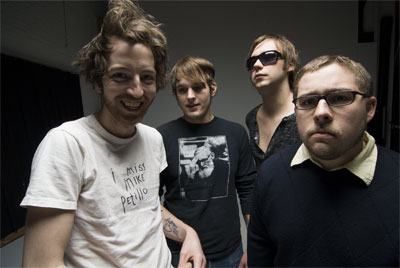 The Pennsylvanian sludge rockers return with a follow-up for their sweet 2009 album – King of Jeans. The new album will be called Honeys and the guys promise it will at least as good as their debut. Here’s a first taste of Honeys, a song called Bathroom Lighter.