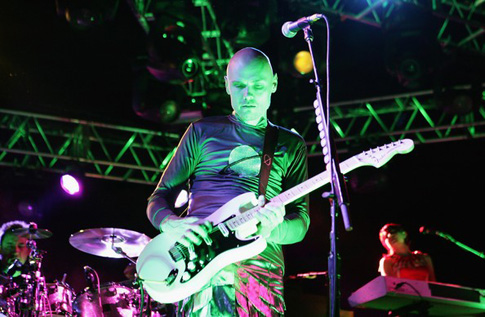 This summer the Chicago based alternative icons The Smashing Pumpkins, are set to celebrate their 20th band anniversary. The occasion will be honored by touring on a handful of dates through out August and September, according to the band’s web site. Further details haven’t yet been posted, but what’s already is that among the cities TSP will play in we can remind Chicago, New York and Los Angeles, and that the band will be joined, in their performances, by other notable guests.

In other news, in a recent interview, Billy Corgan revealed  revealed that a DVD chronicling a summer 2007 residency at San Francisco’s Fillmore is in the works, also sources state early Pumpkins demos, alongside a new single, will surface around fall, most likely in the form of a EP.

“We’re hoping to put out some early demos at the end of this year to start a rolling boxed set,” Corgan told Billboard.com. “There’s an audience out there that wants to hear the fourth show we ever did with the song we only did that one time. Maybe it’s only 500 people, but maybe you find a way.”