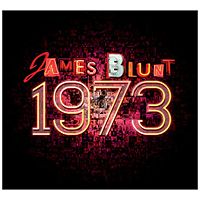 After we had a little sneak preview on [tag]James Blunt[/tag]’s magnificent cover-art for his third album All The Lost Souls, his first single of the upcoming LP, suggestively named “1973”, has been released recently. Now James joins the ranks of other famous artists that have named their songs of particular years, whether for it’s significance or just for their plain cool name. Some of you may remember, to name a few, [tag]Smashing Pumpkins[/tag]’s “1979”, or “1985” from the [tag]Manic Street Preachers[/tag]. Anyway lets tend to our sheep, shall we, the song was written about a period when James wasn’t even born (he was born in 1974). The ’70s theme has been captioned very well in the actual video, where James can been seen strolling, in a rather sluggish manner, around the streets, capturing that nostalgic vibe that can been sensed. ”The ’70s sound like they were a time of excess and great flamboyance,” he says, ”but a sense of fun as well.”