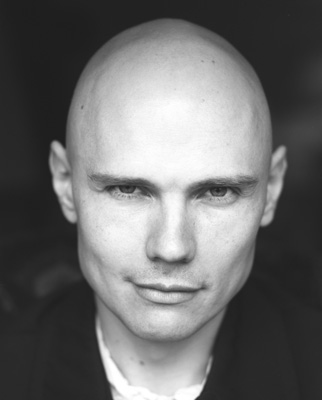 Actually, the title should read  Billy Corgan is releasing a new album, since everybody more or less knows the Smashing Pumpkins, at least the band you and me fell in love with, is long dead. I’ve been known to diss Corgan on more than a few occasions, whenever he was kind enough to give me the occasion, that is, but today however he gave me reasons to set him in good eyes for a change. His new album, “Teargarden by Kaleidyscope”, a monstrously long album 44 tracks long, will be out by the end of this year and is set to have a very uncommon approach. It will all be given away! That’s why I said uncommon, for Billy Corgan, mostly, since he’s pretty notorious for being a rabid money wolf.

It all broke off yesterday when the man himself posted a blog post on the the SP website, detailing the day’s headline.

I’m happy to finally announce the plans for the new Smashing Pumpkins album.

Recording began yesterday, September 15th, 2009 on the new record which will be entitled ‘Teargarden by Kaleidyscope’. The album will feature 44 songs, 4 of which are now being recorded. My desire is to release a song at a time beginning around Halloween of this year, with each new release coming shortly after until all 44 are out. Each song will be made available absolutely for free, to anyone anywhere. There will be no strings attached. Free will mean free, which means you won’t have to sign up for anything, give an email address, or jump through a hoop. You will be able to go and take the song or songs as you wish, as many times as you wish.

We will however sell highly limited edition EP’s (of 4 songs each times 11), and details of how those EP’s will be made available are still being worked out. Because the songs themselves will be free, the EP’s will be more like collectors items for the discerning fan who will want the art itself, along with the highest possible audio quality available. The EP’s will be more like mini-box sets rather than your normal cd single. We may also offer other variations for sale, say for example a digital single with a demo version of a song. The commitment that is most important is the one I’m making to you: that the music of ‘Teargarden by Kaleidyscope’ will be available for free to everyone. All 44 songs: free for ALL.

When the entire album is finished, it will be compiled into a deluxe box set which will also be made available for sale. Those who have bought the EP’s need not worry, as the box set will not be a recompilation of the limited edition pieces.

Good to see he hasn’t lost his sense of merchandising, though. The one song a day idea is very interesting though, one that fans will most surely love … or hate. When you’ve got these many songs, churned out like bullets from an AK47, you’re bound to dilute your work. You simply can’t maintain a certain level of quality at this point. I’ll know more after the 44 post-Halloween days are long and gone, but you know my take by now.

The story of the album is based on ‘The Fool’s Journey’, as signified in the progress of the Tarot. It is my intention to approach this by breaking down the journey of our life here into four phases as made by these different characters; the Child, the Fool, the Skeptic, and the Mystic.

The music of ‘Teargarden by Kaleidyscope’ harkens back to the original psychedelic roots of The Smashing Pumpkins: atmospheric, melodic, heavy, and pretty.

I already have 53 songs written for the record, so I am quite confident that I already have much of the material that I would need to undertake such an extensive project. I am very committed to seeing this album through to its completion and very, very excited about the prospect of delivering new Smashing Pumpkins music to you in a unique and exciting way.

Yup, he’s going for a concept album. It’s very hard for me to not to diss his new world philosophies at this point, but I’m nearly done with my post, so I’ll try to restrain myself the best I can. Oh, and he’s actually got 53 songs. Guess he’s going for a the more the merrier take. Expect the rest of the tracks to be featured as B-sides, for an otherwise B-sides album. Guess that makes them C-sides or … it’s late. Good night!