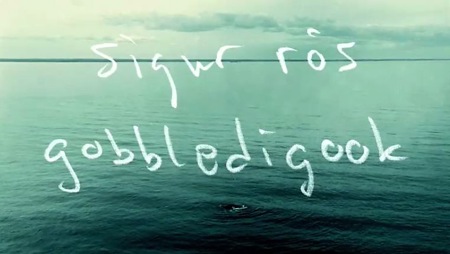 As previously reported just a few hours ago, Sigur Ros has released a free mp3 with the their latest single “Gobbledigook,” an upbeat, fascinating rocker off the band’s latest, upcoming album “með suð í eyrum við spilum endalaust” (translated the title means “with a buzz in our ears we play endlessly”). The song sounds pretty awesome, being a mixture between Animal Collective and Dave Matthews, with haunting tribal beats, pastoral acoustic guitars and wonderful Jonsi humming. You can download the song via the band’s official website, where you’ll have to give out your name and e-mail address or you can alternatively directly download it from ZME, bellow. [via GvB]

Oh and don’t forget about the totally NSFW video for the song, check it out here for high res. Með suð í eyrum við spilum endalaust is due 06/24/08 on XL.