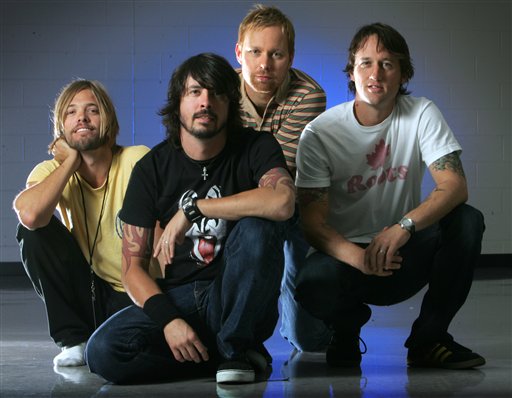 The Foos‘ ‘long break‘ is by any means far from over, especially with Dave’s involvement with Them Crooked Vultures in the studio and on tour. As the hiatus rages on, though, there’s no reason for the band not to market their brand and earn a few more hard earned dollars for their lengthy career by releasing a greatest hits record, suggestively titled “Greatest Hits” (who came up with that name?). The 16 track long album will feature all of the band’s greatest hits (doh!) from across their six full length studio album wide discography, along with two new, previously unreleased tracks – ‘Wheels’ and ‘Word Forward.’ Wheels was played only once before, more precisely during this year’s Independence Day festivities at the White House lawn, when the Foos were invited to play a set. I was really enthusiastic at the time, since I thought that it could had mean the end of the band’s hiatus, but it was just a break from a break.

Today, the official studio release of Wheels, the first single off Greatest Hits, surfaced and, of course, landed on youtube. Stream it bellow and have your say in the comments. For me it’s pretty simple: a fun, yet easily forgettable filler song, the type of song you always see in greatest hits compilations that isn’t actually a greatest hit.