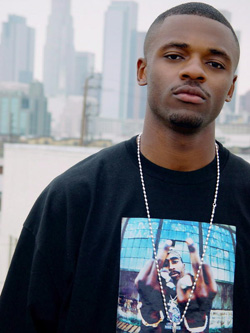 [tag]J Wells[/tag] has grown along the years into a highly respected west coast MC and producer. Word on the street went especially strong, after the young producer released his recent blunted collaboration with legendary rapper Kurupt, titled “Digital Smoke” that  mainly speaks about the current state of the West Coast hip-hop. Recently though J apparently engaged into a rap battle with fellow artist Bishop Lamont, by recording and releasing “I Don’t Give A Fuck.”

The song is mainly centered around Bishop talking sideways and how J virtually doesn’t give a fuck about it. Apparently he cares enough to write a song, but let’s just hope they quietly resolve their differences and make peace.