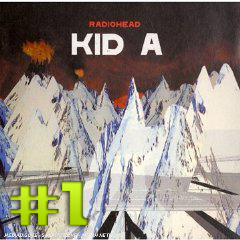 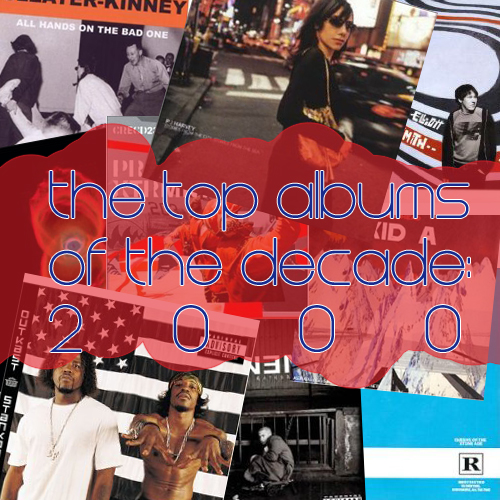 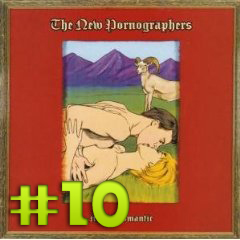 Hailing from the snowy Canadian plains, The New Pornographers shook everyone from the ground up when their incredible blend of contagiously joyful pop first hit record shelves. The band simply oozed of freshness, delivering stunning melodies, amazing riffs and catchy lyrics all wrapped in seemingly simple pop package – songs like “Mass Romantic” or “Letter From An Occupant” are solid testaments of just this. A true pop gem and a niche masterpiece, Mass Romantic is pure sing along goodness for anyone eager to use their ears for listening and not for hearing. (Tibi Puiu)

Sleater-Kinney – All Hands on The Bad One (Kill Rock Stars) 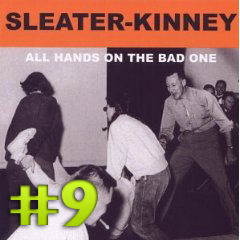 Sleater-Kinney occupy a weird space in the grand scheme of rock and roll: ignored by many, yet undoubtedly one of the best bands to grace the earth in the last few decades, with a string of seven critically acclaimed albums to their name. This was the fifth album in that string, and it found them exercising their pop muscles more than they had before – perfectly formed three-minute songs like “Milkshake and Honey” and “Leave You Behind” showed a maturing sense of songcraft and harmony, while “#1 Must Have” and “Was It A Lie?” carried on their tradition of addressing important issues in an intelligent, thoughtful way. (Al Byrne) 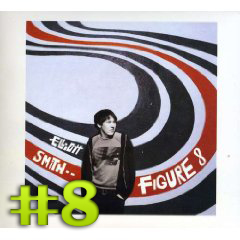 Elliott Smith has always shined with an uncanny ability to transmit intense emotion through minimal instrumental work and beautifully layered vocals, but it’s on “Figure 8” that draws upon all his genius. “Junk Bond Trader” and “L.A.” follow a simple Lennon-esque pattern commonly encountered across Smith’s catalog, but of a more intense psychic-challenging nature. “Stupidity Tries builds to an exhilarating and epic climax full of violins, drums, and a guitar-driven rhythm that you’ll never gonna want to end, while on the opposite pole “Easy Way Out” goes for a more soothing vibe. (Tibi Puiu) 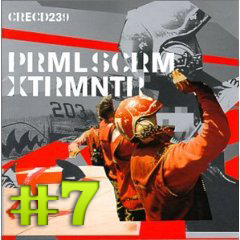 In May of 2000, Bobby Gillespie and co delivered a truly unforgiving, anti-capitalist frenzy that blew the competition out of the mediocre playing field. In comparison to the Scream’s previous acclaimed releases, “Screamadelica” and “Vanishing Point”, “XTRMNTR” came out all guns ablaze, with layers of heavy, chord-crunching guitars and driving synth lines. Also giving a helping hand to shape a new sound was the likes of David Holmes, the Chemical Brothers and Kevin Shields – all of whom had a very distinct impact. The album’s instantaneous appeal quickly made the band one of the favourites on the festival circuit for the summer. (Conor O’Brien) 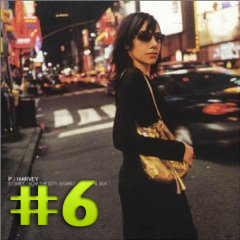 PJ Harvey somehow succeeds at being a dignified version of a punk Madonna. It sounds ridiculous, but she’s reinvented herself again and again, and been influenced by her stay in rural England. The similarities, admittedly, end there, but I stand by what I said. Either way, on Stories From The City, Stories From The Sea, Polly Jean immediately rendered Garbage’s entire career redundant with the glossy punk of “Big Exit”, delved into artful melancholia with Thom “Radiohead” Yorke on “Beautiful Feeling” and “This Mess We’re In”, and borrowed convincingly from Chrissie Hynde’s bag of tricks on “Good Fortune”, conclusively proving that she’s a one-woman rock music juggernaut. (Al Byrne) 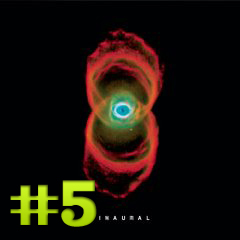 It was at this point in Pearl Jam’s career that Eddie and Co. decided to stop giving a shit. The band made its classics, its experimental record and its economical and radio-friendly album. The only thing left was to do was… whatever the hell Pearl Jam wanted. Thus, Binaural was born. The titular recording technique was used for a number of songs, making this not only the best-sounding PJ record of its career – it still is, by the way – but also its most intimate. The record contains PJ’s best single of this decade (“Nothing As It Seems”), one of its angriest (“Grievance”) and one of its most honest (“Soon Forget”). The record only went gold but, then again, that’s what it’s worth. (Steve Lampiris) 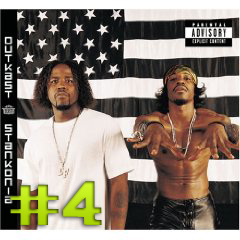 From its inception, it seemed that OutKast was capable of pulling anything off, a trait that approached (and still does) a superhuman level. And if there was any lingering doubt of this truth, Stankonia washed it all away. Tour de force, exceptional, masterpiece – these terms accurately describe the record but they don’t go far enough in terms of what the album actually is: an album that goes beyond any previous boundary confining hip hop. Stankonia features rap music, to be sure, but that’s only a starting point for André 3000 and Big Boi. From there, they add to it hard rock (“Gasoline Dreams”), trip-hop (“Gangsta Shit”), gospel (“I’ll Call Before I Come”), and soul (“Stankonia”), and everything thrown together (“B.O.B.”). Only OutKast could see schizophrenia as a starting point. (Steve Lampiris) 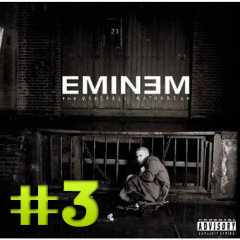 After Slim Shady released his eponymous debut, the pseudonym was dropped for the follow-up, and with the rapper at the height of his powers , the Marshall Mathers LP sold an incredible 1.7 million in its first week – making it the fastest-selling rap album – and shifted nearly 8 million copies in 2000 alone. And with rap not being rap without a bit of controversy, Eminem’s candid lyric’s – containing plenty of violence against women – were riling officials in the US and Canada, but this only added to his fame. “The Real Slim Shady”, “Stan” and “The Way I Am” helped him go five-times platinum in the UK and, in the US, sales of 10 million saw the album earn ‘Diamond’ status. (Conor O’Brien) 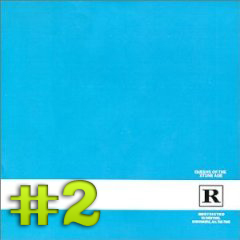 Only a Josh Homme-related project could release an album where the opening track’s lyrics are simply a list of drugs. Oh, and release it as a single. And then follow it up with a song about keeping (or not) a secret. This, of course, isn’t even the weirdest part of said record. The QOTSA’s high water mark, Rated R, remains this decade’s pinnacle for stoner rock. Certainly, part of R’s massive appeal is the fact that the Queens sound like they’re just having so much goddamn fun. The bassline alone for “Into the Fade” is the bounciest thing to come out of 2000. Then there’s “Monsters In The Parasol” which finds Josh singing, “You’ve got a monster in your parasol.” Never mind that the song’s groove can make a corpse get up and dance around. How fucking cool is that? (Steve Lampiris)

When you have made “OK Computer” – one of the most seminal rock albums of all time – it would be fair to say that all eyes and ears will be hotly anticipating your next release. Of course, when dealing with a band like Radiohead, a few surprises would be on the cards, but no one expected this electro extravaganza that came out of leftfield. Initial reaction wasn’t too favourable for the Oxford five-piece – author Nick Hornby even described it as a “commercial suicide” – but “Kid A” was a grower, with songs like “Everything in Its Right Place”, “The National Anthem” and “Idioteque” showcasing their ability take music through new and uncharted sonic realms. (Conor O’Brien)