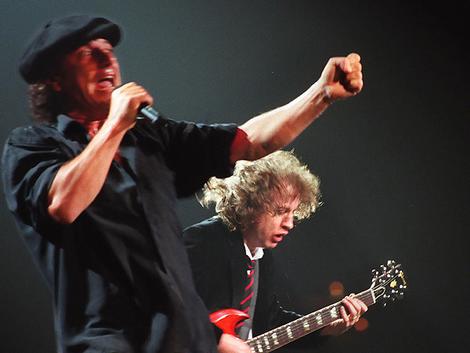 AC/DC are the kind of band that’s so great you can never get enough of them. Actually they’re not a kind of band, they’re their own kind of band! So good news for all of you who love their fantastic music: they’ve finished recording and are currently mixing the effort for a late 2008 release.

Brian Johnson released this piece of information Tuesday, April 22. Johnson has apparently left the studio in Vancouver, British Columbia, Canada where AC/DC guitarists Angus and Malcolm Young have remained with producers Mike Fraser and Brendan O’Brien in order to complete work on the CD. He also stated that they’re taking care of the artwork.

According to Reuters, the new album will be AC/DC’s first for Sony BMG’s Epic Records label, which reissued the band’s back catalog a few years ago. That sounds pretty good… hopefully it will be finished this year and they’ll go for a tour too.

I’m saying that because New York radio show that AC/DC was rumored to be planning a “farewell” tour for later in the year. I don’t even know if that’s bad or good…