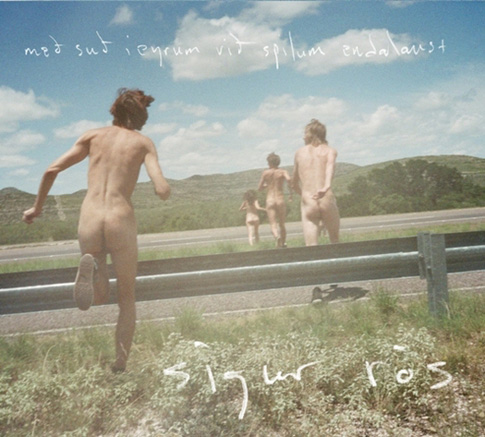 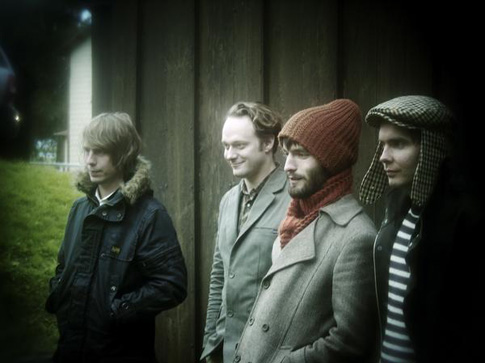 In a recent press release the Icelandic post rockers Sigur Ros have disclosed a significant deal of details, concerning the band’s upcoming album. Apparently their fifth full studio album “Með suð í eyrum við spilum endalaust,” which in English would translate to “With a buzz in our ears we play endlessly,” will land in record store’s shelves some time in late June. To be more exact, the follow-up to 2005’s Takk comes out in the UK June 23 via EMI and in North America June 24 via XL. The album’s first single “Gobbledigook,” will debut on BBC Radio 1 DJ Zane Lowe‘s program later today, and then will be available via free download on the band’s website at 2:30 p.m. EST. The video for the single will also be available later today.

The list of musicians, who contributed to Með suð í eyrum við spilum endalaust, making includes among others: string quartet Amiina, the London Sinfonietta, the London Oratory Boy’s Choir, and a five-piece brass section.  Pre-orders start on Sigur Rós’ website on June 2, and all pre-orders come with a download of the album a week before its physical release. Also available for pre-order on that date is the deluxe edition of the record, featuring a “making of” book and a movie, which will be released later this year. Oh and the covert art has been designed Ryan McGinley, check it out bellow, right after the jump.

Yup, this is no Rick Roll, that’s actually the official covert art! Hahaha! Anyway we’ll be faithfully listen to the premiere of “Gobbledigook” on Zack’s show and we’ll soon then report with our opinions and, of course, the mp3 for the single. Bellow you can check out the tour dates for Sigur Ros’ North American and European trek.