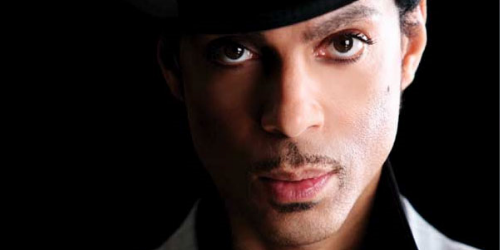 The Prince of E-Gypped. Or something.

Famous miniature person, Prince, has recently decided that rather than selling his new album, 20Ten (ugh) in shops or online, he would distribute it exclusively through unremarkable British newspaper, The Daily Mirror. Which is wonderful and admirable: free music from the likes of Prince is nothing to be sniffed at.

Luckily, he’s given me something else to sniff at.

Here is the thing at which I’m so brazenly sniffing derisively: a quote from an interview with that selfsame Daily Mirror.

He explains that he decided the album will be released in CD format only in the Mirror. There’ll be no downloads anywhere in the world because of his ongoing battles against internet abuses.

Unlike most other rock stars, he has banned YouTube and iTunes from using any of his music and has even closed down his own official website.

He says: “The internet’s completely over. I don’t see why I should give my new music to iTunes or anyone else. They won’t pay me an advance for it and then they get angry when they can’t get it.

“The internet’s like MTV. At one time MTV was hip and suddenly it became outdated. Anyway, all these computers and digital gadgets are no good.

“They just fill your head with numbers and that can’t be good for you.”

Oh, Prince, you stupid thumbnail of a man. What is this? We’re gonna distribute music like it’s 1999? (Actually, that joke doesn’t really work. Fie on thee, silly Napster, and your annum-infesting ways.)

I understand wanting to pioneer some different methods of getting his music out there (even though he sort of nullifies any kind of noble intentions when he admits he’s merely shunning online outlets because they won’t pay him an advance fee). But flat-out refusing to engage with the internet at all, and declaring it “completely over” is like cutting off your nose to spite your face, and then putting your nose in a blender, and mushing it up into a fine paste, then mixing the paste with a brightly coloured paint, which you use to scrawl upon a large banner the slogan “I Hate My Fans, Relevance, and Convenience, In That Order” in an extravagant font. That’s exactly what it’s like.

Also, the irony of Prince turning to newspapers after declaring the internet a dead medium made me wheeze and guff until I dizziedly toppled, collapsingly hit my head on a nearby radiator, and died.