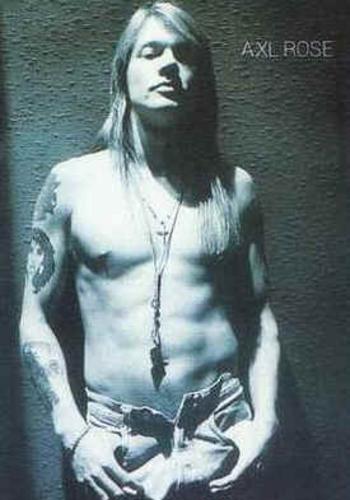 Oh boy, here we go again. I must have heard this 10 times at least, every time from a reliable source or something… This album is getting more and more like UFOs and the moon landing in 1969 – every time you hear about it it sounds less and less true.

Especially since their guitarist left to rejoin NIN (no, not Slash…), and the rumors that this album is actually going to be bluegrass . Actually, there is only one reason I’m even the slightest bit interested in this… but it’s just a hunch.

My guess is that if Guns’n’Roses is ever going to release new music again, it’s going to be with Duff McKagan, Matt Sorum and Slash, or at least 2 of them. Hey, guess what! Velvet Revolver is probably splitting so that means that… this could actually work. It’s a long show I know but hey… a dream is a dream.

So, the rumor was started by the band’s official website; it said that Axl Rose and company are “in negotiations” to finally release “Chinese Democracy.” The posting claims that new management is now in place, but did not give further details a possible release date. Weird huh?