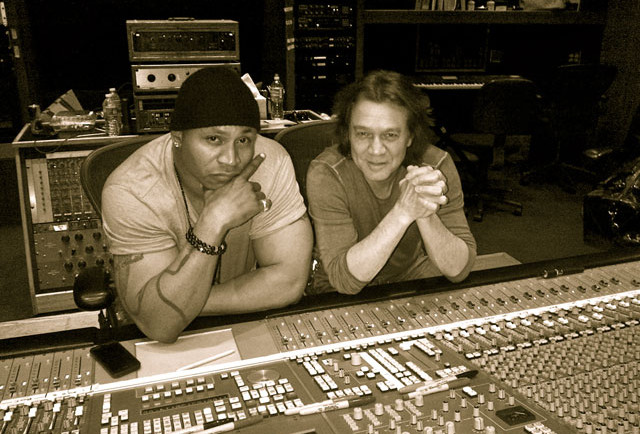 When I first wrote about van Halen working with LL Cool J, I had to check the date for April Fools first. Even though combining rock and hip-hop is hardly revolutionary these days, this certain collaboration seems at leaast a little odd. 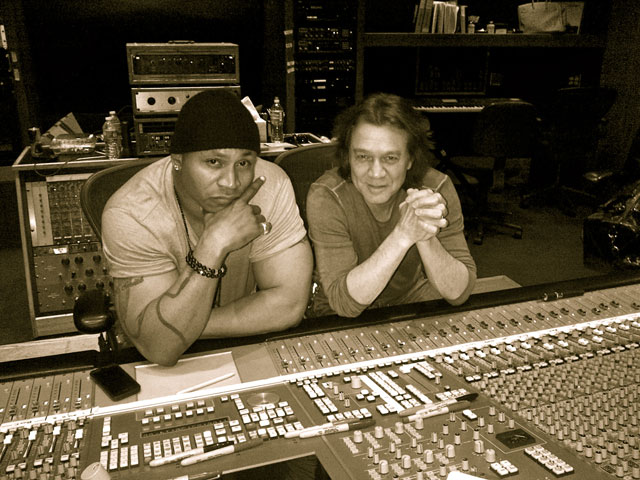 The duo joined forces on LL’s upcoming new release “Authentic,” set for a release on April 30 via S-Bro Music Group. Despite the rapper being confident that the collaboration is the winning ticket from the very start, van Halen was very skeptical at firs – but he got over it.

“The thought of me playing guitar to hip hop was definitely left of center, but I was intrigued and I agreed to meet and listen to what he had,” Van Halen tells the Guitar World. “I was not only inspired by the songs I heard, but LL’s enthusiasm, his down-to-earth personality, the freedom he gave me to co-create and his willingness to, for the very first time, sing the chorus on “We’re the Greatest.” It was like a breath of fresh air that I needed as an artist and an individual.”

The legendary guitarist continued, explaining that the album’s diversity is “outstanding,” adding that he feels blessed for the opportunity he was given.

“The diversity of the songs on this album and the other artists he has collaborated with is outstanding, appealing to multiple genres of music and maybe even creating a few of our own. I feel blessed to not only have had the opportunity to work with LL but also to call him a great friend.”

As for LL Cool J, he said he wanted to work with “the best”:

“This album was born out of my true love for music and I knew Eddie shared that same vision for authentic music. I approached this song with the utmost respect for Eddie and his fans, and became friends with him through the process. I was humbled to watch a genius at work and collaborate with such a legendary and visionary artist as Eddie Van Halen, and to bring our two worlds together, was an exciting opportunity. I am thrilled he was up for the ride.”

So how do you think this album is going to sound out – a striking success or something more to ‘meh’ ?