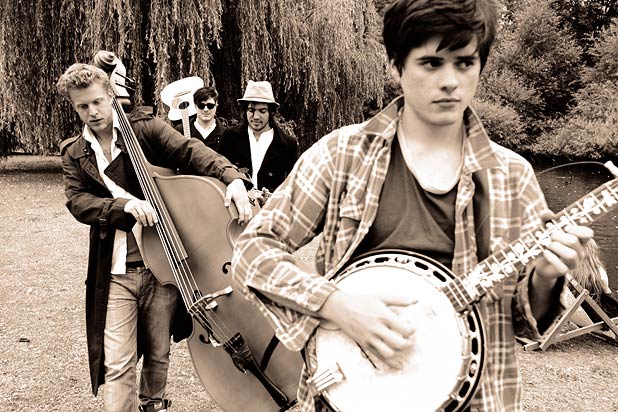 Mumford & Sons banjo player Winston Marshal has recently confessed that their attitude is not really Rock ‘n’ Roll, but a little more on the soft side – as if that was needed from a band who has a banjo player.

“We’re not, like, hard men. We’re emotional. We’re not rock’n’roll. If AC/DC apologized, that’d be the end of their career. But someone doesn’t say hello to us and we’re like, ‘I cannot believe the gall!'”

The group’s frontman Marcus Mumford also explained that technology isn’t their friend as well, admitting he hasn’t even gotten the hang of his smartphone yet.

“Every day I use my phone and I have no idea how it works. Whereas I see an acoustic guitar played with gusto and I understand just how it works.”

To be honest, I really like this; nowadays, it just seems that with all the advancements in technology, music’s been stripped of its soul and just turned into a loud, repetitive, performant robot – and I absolutely love that Mumford & Sons are not like that. I love that they’re a bit of colour in an otherwise generally green setting. This is what makes them special, this is what makes them successful – that’s why they rock (even without rocking).

The band is currently busy touring to promote their latest studio effort, “Babel,” released back in September 2012. The album has sold 159,000 in the first week alone. They are also working on a collaboration with Justin Timberlake with whom he will work on the soundtrack for the new Coen Brothers movie called “Inside Llewyn Davis.”