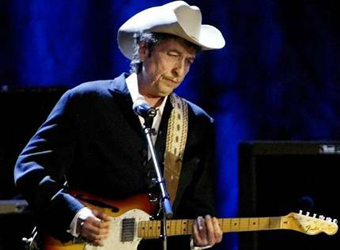 Did I tell you how much I love and admire Bob Dylan? Today? In my humble opinion, you can use your fingers to count those who have just half as much experience as him in the music industry. In fact, who doesn’t like him? Even the Counting Crows say in their hit “Mr. Jones” “I wanna be Bob Dylan”. So, here’s how he just rightfully bashed the music industry.

Speaking to The Times, Dylan said: “The music world’s a made-up bunch of hypocritical rubbish. I know that the book people are a whole lot saner. And the art world? From the small steps I’ve taken in it, I’d say, yeah, the people are honest, upfront and deliver what they say.

The singer/songwriter said he preferred the art and book industries, which he described as more “dignified.” I have to say I agree with him – wherever that kind of money gets in, you can be almost certain there is no dignity left.

“Basically, they are who they say they are. They don’t pretend. And having been in the music world most of my life I can tell you it’s not that way. Let’s just say it’s less dignified.”