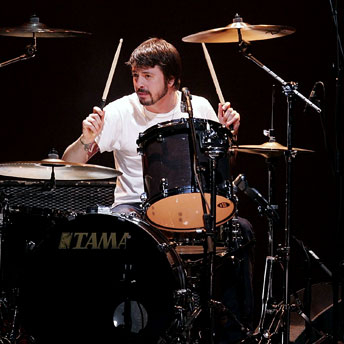 The rumors surrounding Led Zep seem more intense and close than ever. During this weekend, these rumors have been intensified by the fact that they have collaborated with Foo Fighters at Wembley Stadium. What should we understand from this?

Well basically what happened is that during an encore requested by fans from the Foos, Jimmy Page and John Paul Jones joined the band at the huge venue. I don’t know if anybody expected this (I certainly didn’t), but it came as a shock for most fans.

The so formed band played 2 songs of the rock legends: ‘Rock’n’Roll‘ and ‘Ramble On‘. During the first tune, Dave Grohl took to the drums to allow Taylor Hawkins to sing – then during ‘Ramble On’, the two switched roles.

So where does this leave Led Zep? Well, it doesn’t bring anything new on the table. The band members (and by band members I mean everybody aside from Robert Plant) want to play; all they need is Robert Plant.

Later Edit: Check out the videos for the two songs, right after the jump. Excuse the quality, but it’s the best we can do at the moment.