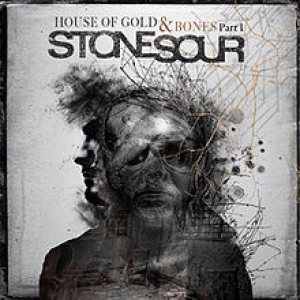 Source. Stone Sour - House Of Gold and Bones, Part One

Source. Stone Sour – House Of Gold and Bones, Part One

‘House of Gold & Bones, Part One’ is the 4th Stone Sour album and as they announced on the official website, this will be out on  October 22 in the UK and 23 in the USA, but is also available for a pre-order. If anybody wants to listen to the songs from the upcoming album before buying it, these are available for free on the Stone Sour’s web page.

This album is the first half of the whole album with this tracklisting posted, again, on their official website:

The other half of the album will follow in early 2013, and as if this wasn’t enough, Corey Taylor, the bands frontman which is actually Slipknot’s singer too, talks about another surprise:

Each disc will include one half of the story – for lyrics, you’ll have to visit our site. Once I lock in the company who will help me put it together, there will be a comic book as well.

Once we’ve toured and we’ve got the music out to everyone, the thing I really wanna do is have two movies — Part 1 and Part 2. With the comic and the story and the music, I think we’ll be able to do it. I already know who I wanna talk to about doing it, so we’ll see what happens.

The second announcement appears in an Artisan News interview.  The comic book of this album, will debut on April 17, 2013 and will visualize a science-fiction story which lies on the foundation of the album.

House of Gold & Bones’ takes everything that’s great about this band and amplifies it. The riffs, the lyrics, the grooves and the songs are like Stone Sour times ten. There’s also heavy stuff that’s like nothing we’ve ever done before – it’s dark as hell and a complete experience from the first track to the last.