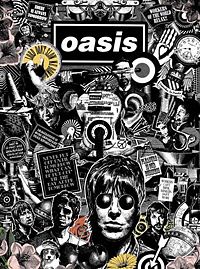 Back in 2005 film director Baillie Walsh was granted the privilege of joining, the famous English rock band, [tag]Oasis[/tag] on their grandious “Don’t Believe The Truth” world tour, that saw the band travel across 26 countries and a total of over 2 million people.

It would be a crime not to immortalize this fantastic tour and film maker Baillie Walsh, who previously worked with the likes of Massive Attack (he made ‘Safe From Harm’), Spiritualized, New Order and Kylie’s Slow, didn’t tag along just for the fun of it. Thus Lord Don’t Slow Me Down a double DVD rockumentary, capturing the band’s ups and downs during their world tour, was made.

The set not only gives you the definitive feature length documentary seen in selected cinemas last year, but also the option of voice over commentaries from the band, a Noel Gallagher Q & A session with fans from New York City, out takes from the film, and a second 90 minute bonus disc capturing the band’s homecoming show at the City of Manchester Stadium together with footage sent in by fans from around the world who attended that show. If you’re a true Oasis fan, that this is a must have.

The DVD set will be released on November 6 and to mark this special event we’ll holding a contest in which two lucky Oasis fans will be able to win a limited edition vinyl version of the “Lord Don’t Slow Me Down” single. The theme song for the DVD set, that’s actually the first ever digital released single by Oasis. Check out the review we did for the single a while back for more info. 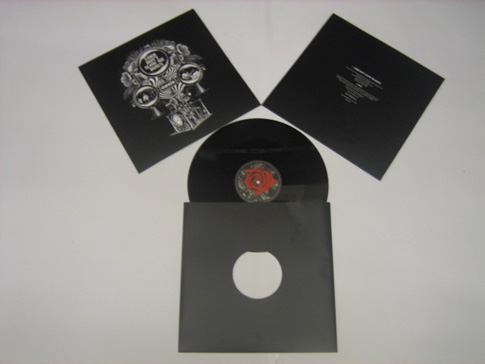 Sweet right? What you’ll have to do to enter the contest is write down a comment bellow, detailing a personal experience at a Oasis live gig. The best 2 comments will be selected and rewarded with a vinyl, each. Contest ends on Monday, November 6 (deadline extended).

Thank you all for your wonderful comments, some really funny, thrilling and emotional entries were made and the decisions weren’t easy. Well without further ado, the 2 lucky winners are Bobothy and She Is Love; congratulations! Winners have been e-mailed and will be receiving the vinyls soon. Here are the winning entries:

My story? When I was 16, in 1995, two of my friends and I drove about 23 miles away to go see Oasis in Worcester, MA. I had purchased 2 tickets by waking up early on the day they went on sale to stand outside a ticket booth for a few hours. Three days before the concert, I called in to a radio contest, answered questions about Oasis, and won myself 2 more tickets. Overall, though, my friends and I were disappointed with our tickets. Our 4 tickets were in the balcony section but on opposite sides of the arena; we weren’t going to be able to sit together in the sold out concert space. Also, we didn’t even want to be in the seats anyway, we wanted to be down on the floor where all the lucky bracelet-wearing people would go to see the band up close. I was not going to give up that easy though. I had a plan to get to the floor, and to the front row, to see my favorite band of all time, Oasis.

When we got to the concert, I left my two girlfriends in 2 of the seats we had. I scoped out an older couple with wristbands heading to the floor; people who looked like they were parents accompanying a minor such as myself. I introduced myself and told them that I was an extreme fan and that I desperately wanted to see them perform from the floor. I also warned them of how chaotic it would be in the pit and asked them “Wouldn’t it be nicer to see the show from the seats?” Finally, they agreed to give their bracelets to me in exchange for my other two tickets. I returned to my friends triumphant- floor bracelets! But, alas, there were 3 of us and only two of them. They decided to try and rip the bracelet in half while I would get the whole one. I hugged my best friends and ran down to the floor. Once there, I began to work my way through the crowd to the front. I used other people in front of me to move forward until, finally, I was front row center. Exactly where I wanted to be!

Unbeknownst to me, my friends had decided to go into the bathroom to figure out a way to affix the bracelet to their wrists. This next part is disgusting so I will get right to it: they came to the decision to rummage through the trash for maxi pads and use the adhesive to stick the bracelet pieces to their wrists making one bracelet two. (I do not recommend this to anyone! Now this is love for a band!) Unfortunately, this trick did not fly with the security guards who saw through their little ruse. The guards took the bracelets and set them back to their seats to watch the show. Oh, did I fail to mention that their seats were partially obstructed?

Meanwhile, I was having the best day of my life down on the floor. The crowd was great and Liam was a god on the stage. Noel, Guigsy, Bonehead, and Alan White were rocking out! They played all my favorites from What’s the Story and Definitely Maybe. I was beyond ecstatic; I believed I could have died at that moment. This concert nearly didn’t happen (due to Liam’s need to “buy a house” for he and Patsy instead of flying to America)so the fact that I was standing inches from Liam as he sang “Slide Away” (to me only) was a miracle to me. I cried, I sweat (a lot) and I rocked out to the best band in the world.

When the concert was over, I was on a natural high. I floated back to the seats where my friends were supposed to meet me. I returned to find two scowling friends. They had not be able to see very well and the acoustics were not too great where they sat. I, on the other hand, could barely control my glee.

To make a long story short, this concert was the best in my life. I have seen Oasis MANY times since, but nothing can touch that first magical moment when I first saw the Gallaghers in person; the night when my life changed forever…and the night when my friends fished in the trash for a dirty maxi pad. Fini.

My best experience of an Oasis gig was 2005 at the City of Manchester Stadium. I went with my girlfriend who was also a huge fan of the band. We booked our hotel weeks in advance but the town was already booked up so we ended up by the airport in a travel inn. The night before the gig we had Definitely Maybe blasting out and got moaned at by staff, we didn’t care. On the day of the gig we ended up walking to the stadium from the town centre and just seeing it in the distance had the butterflies going! We got there eventually and the crowds outside were huge, it was absolutely boiling hot and we sat outside for hours waiting to get in, we were all having with people we’ve never met before, there was a great atmosphere. When we got in we all ran to the front and picked our spots, it gradually got more crowded and a bit crazy, thank God for the lads with the Fosters backpacks on!! There was beachballs (WonderBalls!) flying about the place covered in names and email addresses, i wrote on a few. There were programs, drinks, balloons and all manner of things getting thrown around the place, i even saw a wooden leg fly past at one point! The support acts came and went, The Coral came on and the crowd went a bit nuts but it was all fun, then the build up to Oasis started, i remember Joy Division’s Love Will Tear Us Apart being played over the speaker system and everyone singing along. The two screens either side of the stage went black and the Oasis logo was displayed, now you could hear the excitement in the crowd, then when the drums of Fuckin’ In The Bushes hit it was like a bomb had gone off, the whole arena erupted, you couldn’t help but jump to the beat, i thought i was gonna die and loved every second of it. The band came out during the song and started Turn Up The Sun and had to abandon it because we’d gone so crazy in the crowd that the barrier at the front had collapsed. We got that sorted and the band played on, a mix of classics and future classics, from songs that made you jump up and down like a nutjob such as the Meaning of Soul and Cigarettes & Alcohol to arm waving ballads like Don’t Look Back In Anger, it was pure perfection throughout. It was a time i’ll never forget. Walking out of the arena at the end of the show feeling utterly drained and totally satisfied was akin to a sexual experience. I can’t wait to go again.