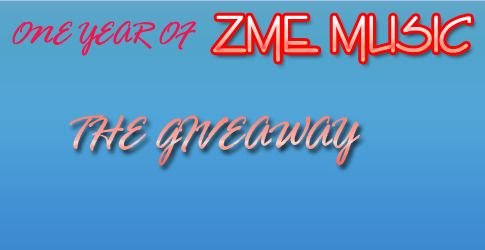 Indeed, times flies when you’re having fun and let me tell you, it’s been one hell of a ride so far. Just one year ago I was having a beer with Andrei, when we both got the idea to materialize our passion for music somehow; writing, then, seemed the simplest way in doing just that, so, shortly after that, on a sunny June afternoon ZME Music was born. So here we are, exactly one year later, time in which ZME Music has grown tremendously and we have only you thank for that. However, what better way to show our gratitude for your constant support, then to hold a giveaway exclusively for ZME readers.

Anyway, here’s what we’ve managed to gather around: an almost new 4 GB iPod Nano, owned by me for the last 2 months. I’ve taken really care of it, with a scratch not in sight; I’ll even ship it to the lucky winner with the entire Queens of the Stone Age and Pink Floyd catalog. Feeling generous I know, here’s me with my nano.

Up next we’ve got a T-Shirt for “Voxant” new media network proclaiming that it is Smarter than the Average Blog in size extra large and the Bruce Springsteen biography Runaway American Dream by Jimmy Guterman. Of course we haven’t forgotten about music either, so we’re giving away some CDs as well, including “Welcome to my Bad Behavior” by Edible Red, “Naroush” by The McCloskey Brothers Band, “Hooray and Hollywood Drunks” by Winzenried and finally “American Primetime” by Jeremiah Lockwood. To end it up we’ve also got three band stickers from Mama’s Cooking and Wylde Bunch, as well as four Ginger Ninjas political buttons. All the above items (besides the iPod ofc :D) have been made available courtesy of Ariel’s CyberPR.

To make it fair, we’re gonna hold the giveaway in the form of a contest, so we’ll give out the prizes as following:

To enter the contest you simply have to subscribe to the blog by e-mail (through the form bellow) and then leave a comment (be sure to enter the same e-mail address, in the commenting form, as the one you’ve subscribed with) in this post. Just comment with anything that crosses your head, although we’d be highly appreciative if you’d leave a bit of feedback on the blog and if you’d tell us what extra features you’d like the blog to contain in the future. That’s all, contest ends in two weeks, on June 19th!

P.S. Our sister blog, ZME Science, is also holding a contest this week, in which you can win two awesome books! More details here.

P.P.S. We’ll be rolling out a modified version of the current template soon, so stay tuned.

UPDATE: Winners: (thanks to random.org)