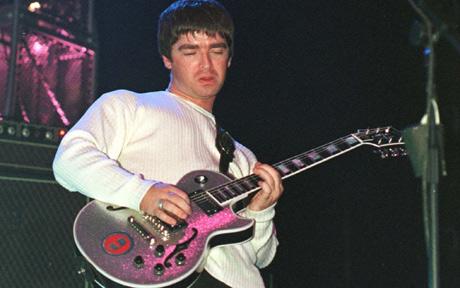 Seriously, does anybody even listen to Noel Gallagher? Does anyone still like him? I was a big Oasis fan back in the day, but now, all that cocaine seems to have worked its wonders, and there’s not much getting along with the frontman.

When asked if he would form a Brit supergroup, he promptly replied:

“Oh, f*ck that. I don’t f*cking mix with anybody – British or any other musicians. I tend not to hang out with musicians. You know why? Because they’re f*cking idiots.”

Indeed they are… but it didn’t end here. Asked if Oasis will follow in the footsteps of Stone Roses and Blur and reunite, here’s what Noel had to say:

“I know it’s a thing these days. And I know from experience now that the one way of stopping people from just asking about fucking reunions is to actually do it. And then people stop asking. But I’m afraid I won’t be getting involved in any of that. There’s no need for me. I’m not interested in that kind of thing.”

In case you’re not away, Noel Gallagher is currently playing in a band called The High Flying Birds, while his brother Liam is the frontman of Beady Eye.

“The thing with Beady Eye is… their singer does them a great disservice. By pronouncing that they will eventually be bigger than Oasis? I was just like, ‘Oh, dear’. But I think they caught a lot of flak that was quite undeserved, really. It’s only their first album. I think they’ve got a great album in them next time. They need one. They fucking need one, that’s for sure.”