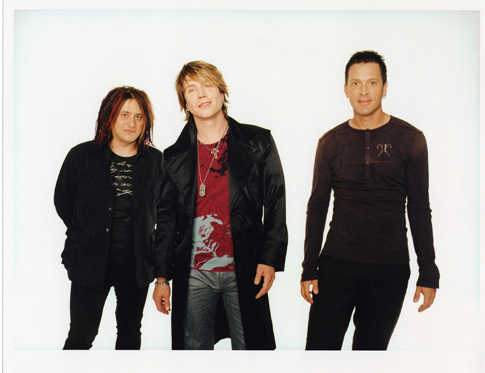 Buffalo native trio, The Goo Goo Dolls are without a doubt one of the most iconic pop-rock bands of the ’80s and early ’90s, becoming, as time passed by, one of the most globally respected and loved songwriting forces in popular music history.

In Recent months, the Buffalo natives set the all-time record for the artist with the most Top 10 hits in Hot AC Radio (Adult Contemporary Music) ever with twelve. This past week, The Goo Goo Dolls have achieved even greater heights expanding their own record which now stands at 14 successive Top 10s adding singer/guitarist Johnny Rzeznik’s solo track, “I’m Still Here (Jim’s Theme)” from the Treasure Planet soundtrack and their current Goo Goo Dolls hit, “Before It’s Too Late (Sam and Mikaela’s Theme)” from Transformers soundtrack. 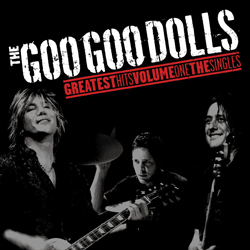 A extraordinary career undoubtably, spanning across no less then 21 years; such efforts deserve a appropriate tribute and what better way to mark a band’s achievements then a ‘best of’ compilation. Thus The Goo Goo Dolls Greatest Hits, Vol. 1 – The Singles, will soon be released via Warner Bros. on November 13, in a single disc package.

The Goo Goo Dolls Greatest Hits, Vol. 1 – The Singles will include the band’s three Number One smashes — “Name,” “Iris,” and “Slide,” — as well as the Top 10s “Black Balloon,” “Dizzy,” “Broadway,” “Here is Gone,” “Big Machine,” “Sympathy,” “Better Days,” “Stay With You,” and “Let Love In,” the title track from the Goos most recent album, which has been certified gold. Each single has scored across the panel at multiple radio formats. Also featured on the album is a remix of “Feel the Silence” by acclaimed mixer Michael Brauer (The Rolling Stones, Paul McCartney).

Definitely a must have for all GGL fans out there, but for those of you who’re still hungry for more, a new compilation will be made in 2008, titled Greatest Hits Vol. 2, which will include new recordings, remixes, a plethora of rarities to include B-sides, some unexpected cover versions of some of the band’s favorite songs and more.