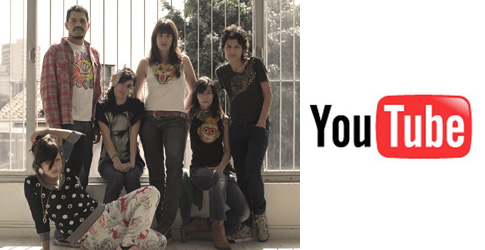 Apparently the Brazilians from CSS have taken over the YouTube airwaves with a homemade video of their song “Music Is My Hot Hot Sex,” made by a fan, which has just recently cumulated just over 100 million views on the popular video social network. If the figures prove to be correct, then it means the video is clearly the most viewed upon in YouTube’s history, surpassing the previous record holder, Evolution of Dance, by over 20 million views.

It’s truly a sexy song, but is it really that sexy? Many people find this a bit devious, if you consider this is only a music video, with no out of the ordinary features. What made it so popular? That’s a question many YouTube users have been pondering lately, some say “somewhere there is a glitch in the system,” evoking a possible YouTube error or even a hack attack (the spammy looking sidebars look pretty suspicious). Others have come up with different explanations, like user Xzero1, that feels this “£Shows how many horny [people] there are on YouTube.” Interesting theory.

Despite the song’s massive popularity CSS haven’t yet released an official video for the song, that just recently was featured on a Apple ad. It would be interesting to see how the official video will compete. Watch the video bellow.