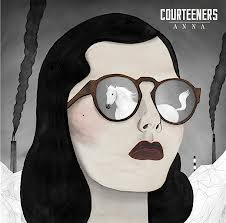 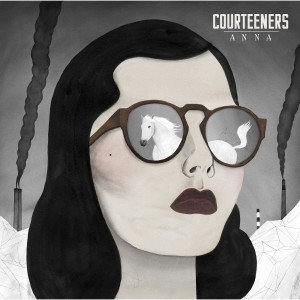 They’re back with a third album and it’s all guitar riffs, synths, and rhyming lyrics! But what’s so different about it to the rest? Well it is quite a different approach by the boys; compared to the 2008 debut St Jude and 2010 album Falcon. Being cut from the same cloth, I guess you won’t be surprised to hear it as a combination of the style of these two albums.

The album opens with a fast and melodic track, “Are You In Love With A Notion”, the catchy tune, bass guitar and sharp drums makes you first realise this is going to be a good album. What makes the album appear so different is one track, “Welcome to the Rave” – a track of heavy synth and melodic vocals, it gives the boys that different edge they’ve suddenly appeared with.

But you can’t help but think something is missing right? Well, you know it. What seems to have disappeared is the accented singing voice of Liam Fray which was heavily present in St Jude, this could be a good point to some, but a bad one to others, possibly suggesting the band has lost their original raw touch.

In my eyes, this is not a bad thing – it merely shows the progression the band has made in the past five years, and yes it is quite a development. The raw sound has slowly disappeared but in its place is the sound of a more synth based indie sound, something different. But don’t worry, the boy’s haven’t lost all their old, raw spark! There are still the memorable riffs and rock style guitars present in tracks “Van Der Graaff” and “Here Come The Young Men” emitting a glint of St Jude and Falcon.

The lead single “Lose Control” is one to look out for and offers an overall sound of what to expect from this album. As long as you don’t take it too seriously, ANNA is a little gem in its own way, offering memorable, catchy and melodic tracks to sing along to.