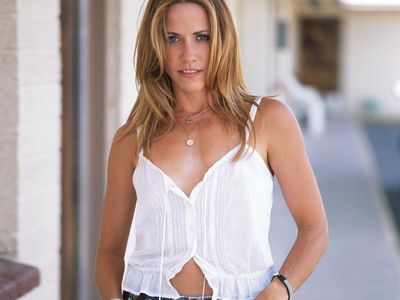 These past few years have been a bit restless for everybody’s country sweetheart [tag]Sheryl Crow[/tag], a unfortunate encounter with brast cancer, a breakup with longtime boyfriend Lance Armstrong and the adoption of a baby boy, Wyatt, are just a few major events in her life. Such a string of life changing events was sure to affect Sheryl’s music as well, it’s no wonder her upcoming 2008 record is titled “Detour.”

“We recorded all the tracks over a period of about 40 days at my farm in Nashville, which we jokingly called ‘the hit farm,'” the singer-songwriter wrote on her website. “We are releasing 14 or 15 of the 24 songs we recorded. The songs are very inspired by the last three years of events in my life. And, having Wyatt in the studio really opened my heart (he shows up on ‘Lullaby for Wyatt’ which will be featured in the movie, ‘Grace Is Gone’ coming out soon), and made me feel fearless when writing about everything I’ve been through as well as what we are all experiencing sociopolitically in this country right now.”

“Detour” will be, however, preceded by the record’s first single “Shine Over Babylon,” is available at iTunes now. She describes the single as “an every way a desperate cry for understanding. Perhaps it is even a battle song in the face of fear.” Her forthcoming studio effort, produced by long time collaborator Brian Bottrell will be released on February 5, 2008.