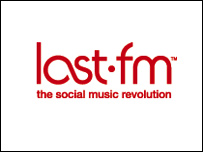 The digital music rivalry between iTunes and Amazon has reached a new level, with the music industry’s latest bomb shell. Earlier today, the social music network last.fm, home of over 15 million active users, signed a deal with all four major labels as well as over 150,000 labels and artists, for a new service, that enables users to listen to their favorite songs on-demand.

As part of the deal, Last.fm will give users access to any song they like and stream it for free thanks to ad revenue that will come from page views and demographically-specific videos. Listeners are permitted three free streams per song, after which they are given the option of purchasing an mp3 of the song from … you’ve guest it: Amazon.

Last.fm’s track catalog numbers over 3.5 million songs, but the site officials intend to have a full database of all the song’s over made. “The mission is to have every track available,” said co-founder Martin Stiksel. Last.fm is also considering supporting independent artists, by planning a ad revenue program, in which the artists would be probably paid for the number of streams a track of his gets.

Free music streaming or Internet radio sites have had varying degrees of success in obtaining affordable licenses from music companies. The sites, typically small start-ups, have also been burdened by hefty royalty fees payable to the music industry both in the U.S. and in Britain, because of this petitions, law passings have been made, even a protest day in the form of D-Day, but all in vain. Because last.fm reaps the web 2.0 rewards, because of it’s social network status, it has a larger amount of page views, as opposed to let’s say a radio streaming websites like Pandora (which will close it’s UK websites next week), which in term leads to advertising opportunities. Kudos to last.fm for taking the music industry one step further.