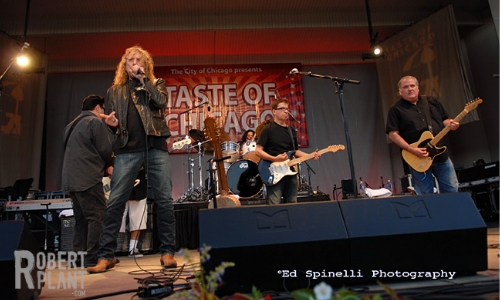 With a springy click of a mouse button, I pause Marillion’s “Kayleigh” long enough to inform you of this: Robert Plant, 1974’s most popular pop singer, shall be releasing his new album, Band of Joy, on September 14. I will also also inform you of this: NPR, they of omnivorous, insatiable musical appetites and disconcertingly-voiced DJs, are streaming the album in its entirety until that very date. Having listened to precisely “some” of the album in question, I can surmise that it includes guitars, vocals and some drums. So far, he seems to have forgotten to include laughter. Perhaps that comes later in the album.

ADDED BONUS: you don’t even have to make your browser traipse to another website. We have the technology. But if you did want to visit NPR’s website, you could probably do it here. Alternatively, you could spend the time you would have spent visiting their website doing something useful, like rescuing a cat, or boiling a squid.