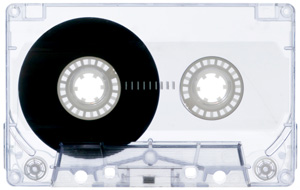 Today, users of the popular virtual-mixtape compiler, Muxtape, were greeted with a not so fitting surprise. “Muxtape will be unavailable for a brief period while we sort out a problem with the RIAA.” Over at the Muxtape Tumblr, however, a post stated, “No artists or labels have complained. The site is not closed indefinitely. Stay tuned.”

The website’s future is, thus, clearly unclear, moreover clouded. However I have faith the service will renew its fine practices, proving to be quite a little handy trick, especially when you’re really away from your iPod or home PC. For those who haven’t used it until now, Muxtape basically allows its users to make a mixtape (i don’t remember the maximum number of tracks allowed, but that’s not really important) of songs, with each available for streaming by the list compiler, as well as other people (great for sharing). As the website had loads of artists and songs, the service proved to be not only useful, but damn awesome!

In theory the whole website was illegal, housing thousands of tracks, with users encouraged by the website to upload even more. Clearly, something fishy was going on, and the party had to stop somewhere along the line. Guess I now have to make mixtapes the old fashion way. Mon, where are my MC Hammer cassettes?

UPDATE: Rolling Stone has some exclusive new stuff on the matter. Check it out!