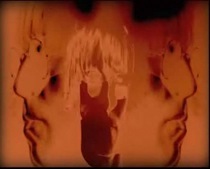 I wouldn’t go as far as saying the new Oasis album will be of biblical proportions, but I definitely believe it’s gonna rock and prove to be a hell of comeback, after two, let’s say, disappointing albums. After the strikingly good Falling Down (sorry, crew, but you’ve put out some crap lately), the band’s now released “The Shock of the Lightning,” a song even better then the previous, reminiscing the golden age of “Definitely Maybe,” with its retro Brit rock vibe. It’s got 1996 written all over it, actually I think it could’ve fitted in quite nicely in 1966 as well. Let The Beatles clone rants begin…

Even the video is really retro, with trippy psychedelic-like effects, red overlays and a lot of other old movie brushes. Quite fun actually, but again, so 1996. “Dig Out Your Soul” is out October 7th.

Check out the video here. When we get to video on youtube or something, we’ll be sure to embed it. It’s bellow

LE: Pretty Much Amazing has the MP3 for the song, so if you like check it out here. Gracias, Luis!