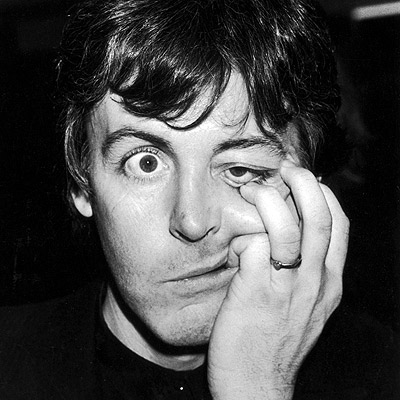 Paul McCartney, Eddie Vedder, Donovan, Moby, Sheryl Crow and Paul Horn, amongst others, will perform at a New York benefit concert for the David Lynch Foundation on April 4th. Tickets for the Radio City Music Hall show are available for pre-order through the Foundation’s website, with a special package apparently offering “premium concert seating, back-stage passes, “green room” access with photo opportunities with Paul McCartney and friends, and a gala post-concert celebration in the historic Rockefeller Center Rainbow Room“. Oooh.

The concert is a fundraiser for Lynch’s initiative to “teach one million children the Transcendental Meditation technique, and change the world overnight”. From his website:

In today’s world of fear and uncertainty, every child should have one class period a day to dive within himself and experience the field of silence—bliss—the enormous reservoir of energy and intelligence that is deep within all of us. This is the way to save the coming generation.

Whether you buy into his New Age-y hippy nonsense or not, you can’t deny that it looks like a fairly decent night out. Vedder made a habit of doing Beatles covers during his recent solo tours, so the possibility of some special duets certainly whets the appetite. Hands up who wants an all-hands-on-deck rendition of Hey Jude to round out the concert.