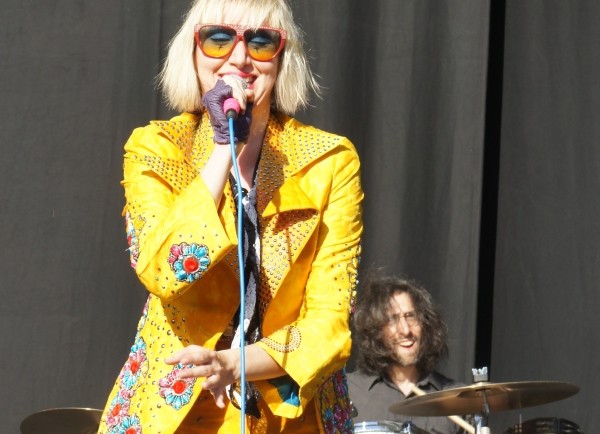 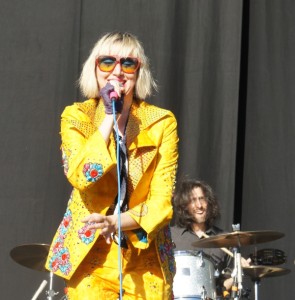 Yeah Yeah Yeahs just released their newest video for the song Despair, which is one of the tracks from their latest album Mosquito. The album was released in April this year, and it was also available for streaming.

This way the band just became the first band ever to film a video on the Empire State Building (How cool is that?), I really can’t believe how come never ever anybody thought of that before.

Talking about the filming experience, Karen O said to the New York Times:

It was definitely an iconic moment… It’s hard to do something like that and not to feel like it’s symbolic – it’s like the American dream for us, singing your song on top of the Empire State Building, feeling like: man, where were we 10 years ago, when we were sitting around in some punk rock dive bar, thinking about what to name our band, and New York City, and now here we are at the top. It really felt dreamlike.

I feel like I want to stop talking, because I think anything I say is not going to do justice to how cool it was.

What I like the most about this fact, is what a guy from the group that controls the Empire State Building, named Antony Malkin, said about the event:

The way I look at it is, why hadn’t this been done before?…Credit to them for having the gumption to ask.

Just watch the video below and tell me if this is a great idea or not. Enjoy it!