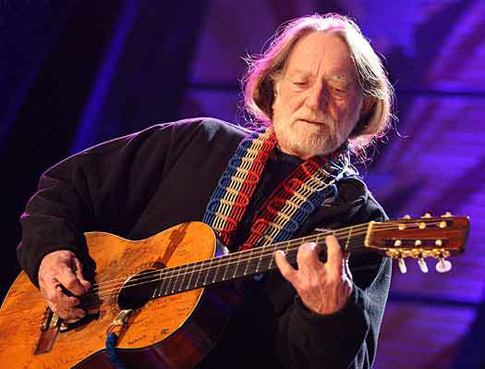 Country rock legend [tag]Willie Nelson[/tag] is set to celebrate his 75th birthday, on April 30, by releasing a whooping 100 track long, four CD, box set, called “One Hell Of A Ride.” The box set will be released on April, on Legacy, 1 and will feature songs from across Willie’s five decade long discography; what a epic best of.  And if that’s not enough, a day before Willie birthday, on April 29, Legacy will release “#1s,” a single-disc collection of Nelson’s country and pop chart-toppers.

More Legacy celebrating releases are set to pop out through out the year and let’s not forget Willie’s releasing a whole new record on January 29, titled “Moment of Forever” on Lost Highway Records. This is with out a doubt Willie’s year and to make it even sweeter, he’ll be extensively touring starting next month, well about till early summer.  Tour dates after the jump.